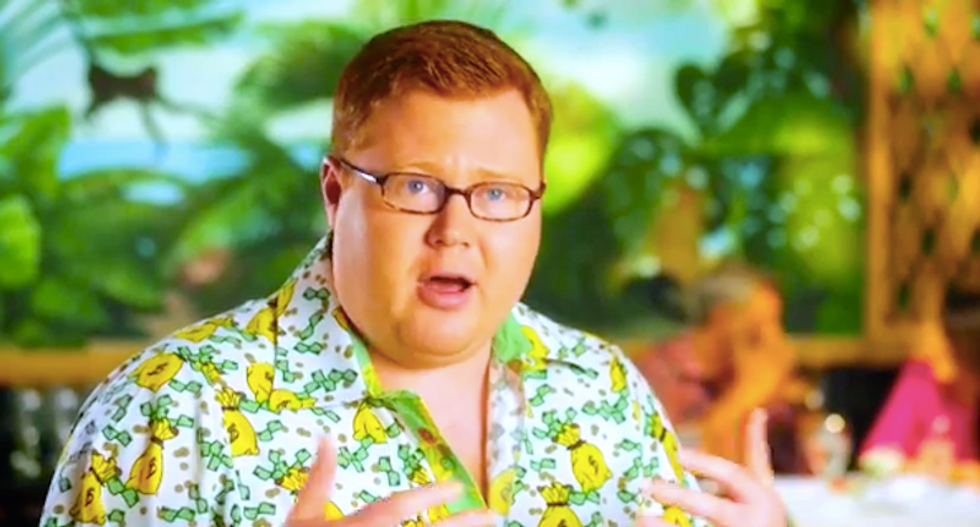 Wyatt Ingraham Koch is president and CEO of the Wyatt Ingraham clothing brand, which obscures his politically charged surname, and he posted a video Aug. 29 on Instagram explaining the company's philosophy.

The video, which shows Koch wearing a loudly patterned shirt depicting bags of money and partying with models on a yacht, started making the rounds on social media as Republicans considered a tax overhaul plan pushed by Koch's father -- a highly influential GOP donor.

“My father said to me, ‘Wyatt, you can do whatever you want to in life. Just make sure you do it well and do it with passion,” says Koch, who is suing his ex-fiancée for the return of a $180,000 engagement ring. "Every day I got to the office, I enjoy creating the clothes."

The company's website describes Koch as "a young man with a taste for bold, authentic new looks," and he explains what that means to him in the video.

"Be bold means, to me, be authentic, be real, be yourself, be confident and always be a gentleman, but still have that tenacity that no one can take away from you," he says.

The bill just passed by GOP lawmakers will ensure tax collectors won't take away much of Koch's wealth after his 77-year-old father dies, because heirs won't have to pay estate taxes on inheritance up to $22 million.

"I want my shirts to be able to be worn in the boardroom or in a discotheque," he says, pronouncing a fourth syllable in the French word, "or in a nightclub or on a yacht."

The video ends with Koch enjoying a flute of champagne on a yacht with fashion models.

Twitters users weren't impressed by any of it.