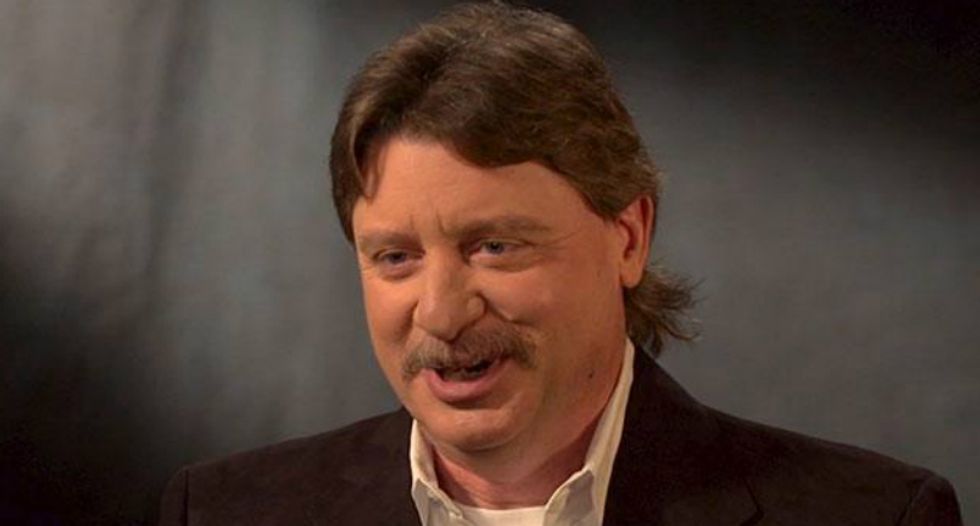 Self-styled Christian "prophet" Mark Taylor is riding a high from correctly predicting Donald Trump would become president by foretelling a cure for cancer and Alzheimer's -- during Trump's second term.

As Right Wing Watch reported, Taylor, a retired firefighter and right-wing conspiracy theorist, appeared on "The Edge" radio show with Daniel Ott to provide another prophecy.

According to Taylor, Big Pharma already has cures for cancer, but won't release them because they don't "want you well, they want you sick because that is how they make their money."

Americans are "fixing to see cures for medical conditions begin to come forth," Taylor said, as soon as Trump finishes fighting corruption during his first term.

"We’ve had cures for this stuff, Daniel, for years, for decades; for cancer, we’ve got cures out there for Alzheimer’s, all kinds of diseases out there, the cures are there," he continued. “This could be in [Trump’s] second term that a lot of this stuff starts happening. You’re going to see this stuff begin to be released.”

Aside from his "prophecy" predicting Trump's win, Taylor has had a number of other Trump-related epiphanies from God, including that the president is going to replace five Supreme Court justices and overturn Roe v. Wade.

In his book "The Trump Prophecies: The Astonishing True Story of the Man Who Saw Tomorrow… and What He Says Is Coming Next," Taylor describes God telling him that he has "chosen" Trump to lead America and unite "the Army of God." That vision led to the creation of "Shakina Kami," Taylor's alter ego whose name supposedly is of "Indian" and "African" origin and translates to "Beautiful One Whose Desires Are Fulfilled, and in Whose Life the Lord Dwells with the Divine Wind of Providence."

Listen to Taylor's latest interview below, via Right Wing Watch.