Seth Meyers torpedoes GOP's fawning over the president: 'I guess we know what Trump’s O-face looks like' 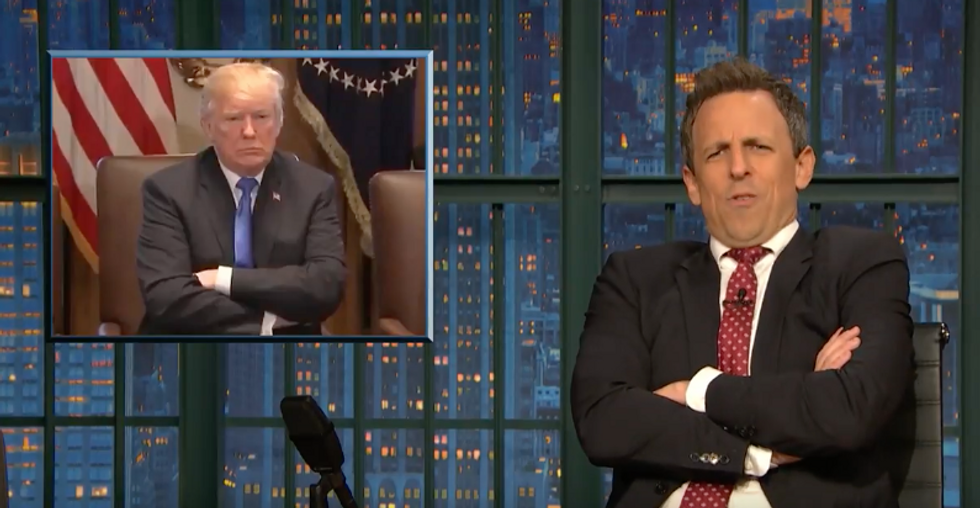 The host played an awkward clip of Vice President Mike Pence heaping compliments onto the president while sitting directly across the table from him during a cabinet meeting. In the video, Trump watched Pence with his arms crossed, his mouth an emotionless thin line. 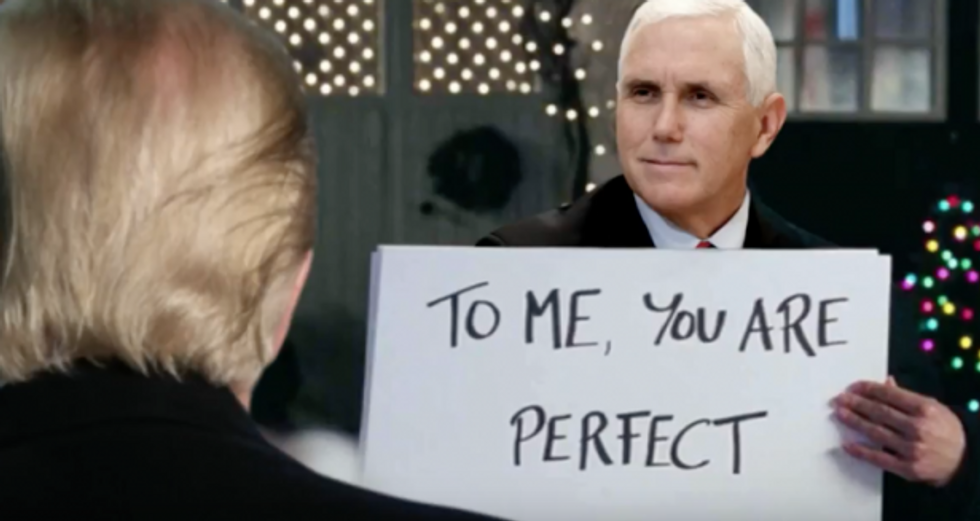 Watch the Late Night host blast Republicans for their over-the-top praise below.