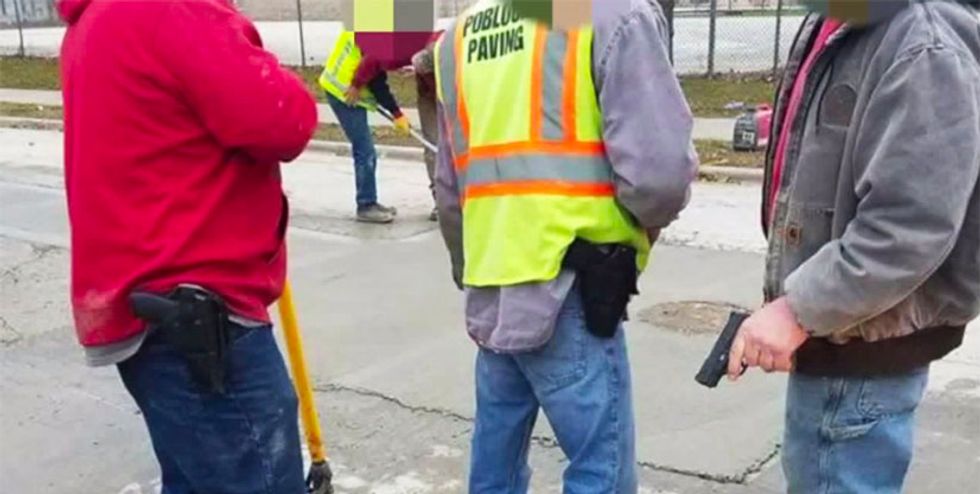 The city of Milwaukee is under pressure to fire a local contractor for employing at least one member of the Ku Klux Klan.

According to Fox News 6, pictures posted on Facebook of an American Sewer System worker's lunchbox featuring a Confederate flag and a sticker reading, "Invisible Empire Ku Klux Klan," have riled up the community as well as local labor leaders.

The report notes that the picture taken at the job-site is not the first controversy for the sewer contractor, explaining that earlier in the week company employees were photographed carrying weapons.

According to the report, American Sewer System currently holds 11 contracts with the city valued at over $1 million -- and that has locals furious.

"We want American Sewer System, the company that this despicable worker is working for, we want them to immediately be ineligible for any city contracts," said Jacob Flom,  a member of the Young Workers Committee and the AFL-CIO.

"American Sewer Systems, they got to -- they're done," Flom continued. "They should not have any contracts with the city. Taxpayer money shouldn't be going to Klan members working in our neighborhoods."

The report states that the company dismissed one worker after the gun photo, and that two others were laid off. However local labor leaders feel that is not enough and have scheduled a rally on Monday at City Hall.

In response, the city has issued s statement, reading: "This afternoon, the City of Milwaukee became aware of this photograph posted on social media. The stickers are offensive to the Administration and DPW. If, in fact, the cooler with the stickers belongs to an individual working on a City contract, it would be best if the individual works someplace other than the City of Milwaukee. DPW continues to investigate this matter."

You can see the lunchbox photo below, via Facebook. 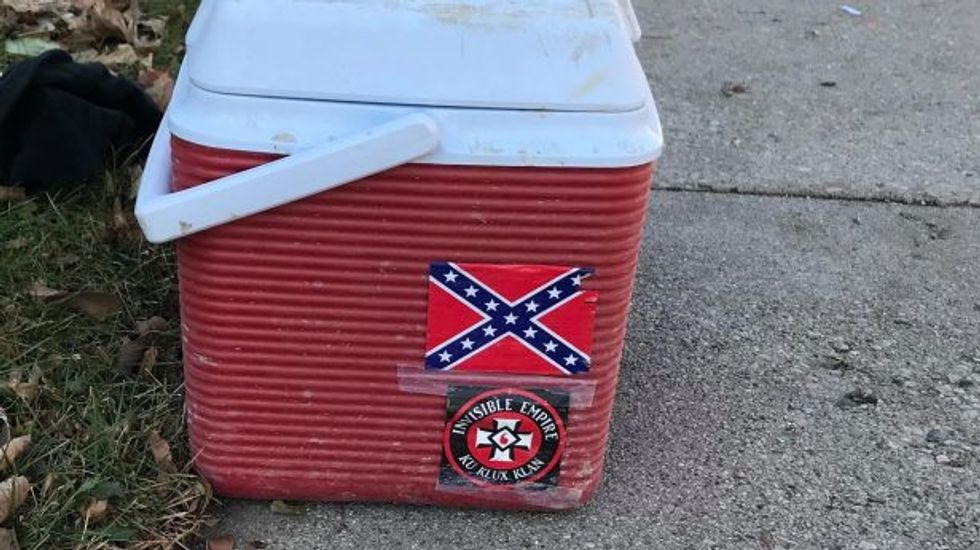