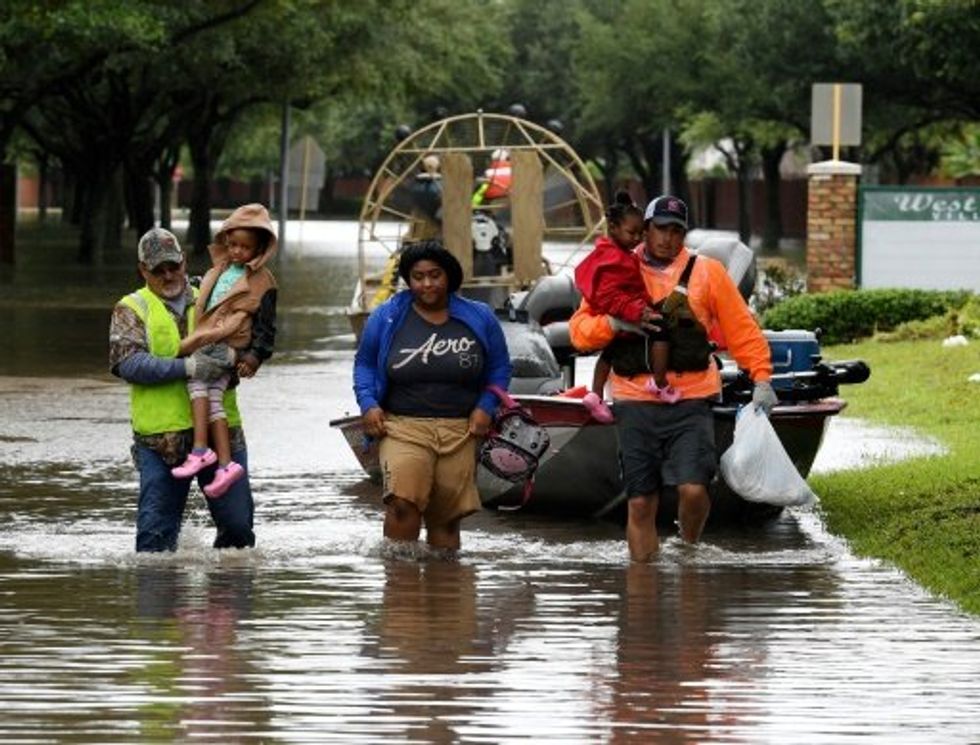 When Hurricane Harvey made landfall in Houston, Texas, it was a Category 4 hurricane. That was nearly four months ago, yet, FEMA has only approved aide for 26 percent of families seeking help. The majority of people saying they're not getting the help they need are people of color.

A survey of Southeast Texas residents by Kaiser Family Foundation and the Episcopal Health Foundation published by The Washington Post, revealed families are still struggling in the aftermath.

Flood waters rising got the majority of the media's attention but those hit worst by it are still suffering from ongoing problems getting their lives back. Those worst affected include those in the "Golden Triangle," including Beaumont and Port Arthur in Houston, and those in coastal cities Corpus Christi and Rockport.

Two out of three people responding to the survey said they personally had property damage to their home, lost income or had disruptions to their jobs. Approximately 4 in 10 Texans who survived Hurricane Harvey asked FEMA for the Small Business Administration for disaster assistance.

Thus far, only 26 percent said that FEMA has approved them, while 33 percent say they've been denied. The rest don't know the status of their requests or those applications are still pending. The 4 in 10 Texans who were denied told Kaiser that they weren't given a reason for the refusal. The majority, about 6 in 10 Texans, explained that they weren't given any guidance on how to reapply and fix application problems.

Jackie Chandler, spokeswoman for FEMA’s Hurricane Harvey response said that everyone is given a reason in their letter and they can appeal the decision.

The survey called cellphones and landlines to get responses from 1,635 randomly selected Texans in 24 counties.