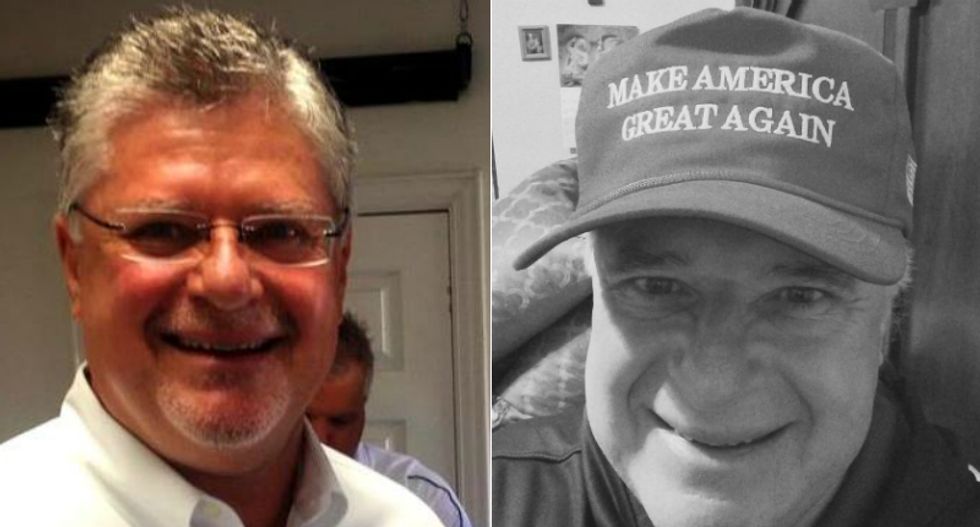 Andrew Leonie, the associate deputy attorney general for the state of Texas. Images via Leonie's Facebook.

One of Texas' top lawyers appeared to take issue with the massive outpouring of sexual assault and harassment claims associated with the #MeToo movement in an early morning Facebook post on Wednesday.

As Dallas News reports, Associate Deputy Attorney General Andrew D. Leonie posted on Facebook at 2:40 AM on Wednesday decrying the women who've come forward with their stories as "pathetic."

"Aren't you also tired of all the pathetic 'me too' victim claims?" Leonie wrote. "If every woman is a 'victim', so is every man. If everyone is a victim, no one is. Victim means nothing anymore."

In the post, which was still posted publicly on Leonie's Facebook as of Thursday afternoon, the deputy assistant AG linked to an article from the conservative magazine The Federalist about how women "relish" male desire.

A perusal of Leonie's Facebook timeline reveals him to be a staunch supporter of President Donald Trump's. He also appears to be a fan of alt-right provocateur and erstwhile Breitbart writer Milo Yiannopoulos.

In a Twitter post made shortly after Trump's inauguration and the historic Women's March that followed, Leonie shared a cartoon that showed characters from the classic "Peanut" series, one of whom was dressed up in the genital costumes popular at the march. In Leonie's cartoon, another of the characters calls the one in the costume a "c*nt."

UPDATE: On Thursday afternoon, Texas Attorney General Ken Paxton's office confirmed that Leonie resigned from his post as associate deputy AG. In a statement, the AG's office said Leonie's posts "do not reflect our values."