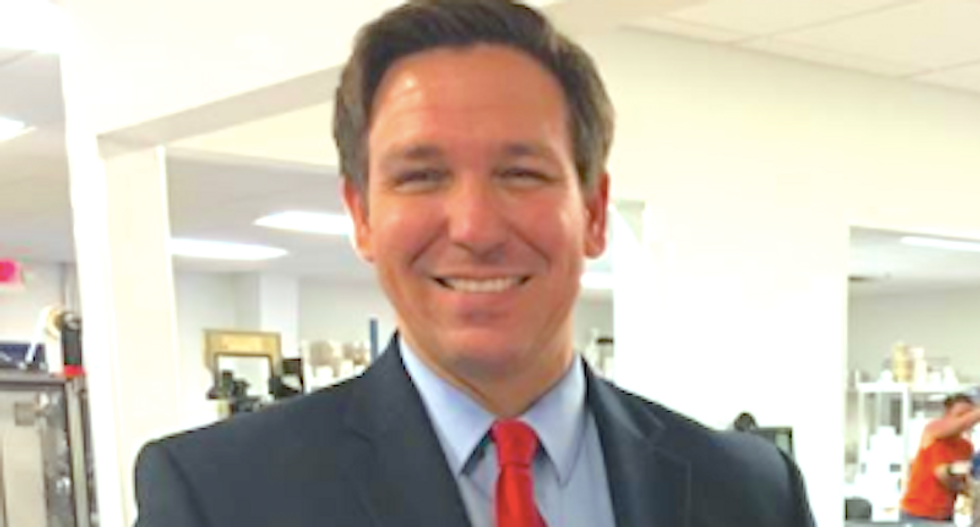 Three Florida Republicans are helping President Donald Trump to discredit or end the special counsel probe into Russian election interference -- which directly benefitted at least one of the lawmakers.

Two of those congressmen -- Rep. Ron DeSantis and Rep. Matt Gaetz -- accompanied Trump earlier this month on Air Force One to a campaign event in Pensacola, where the president endorsed Roy Moore's doomed Senate campaign in nearby Alabama.

Both GOP lawmakers have been calling for Mueller's removal as special counsel, and Gaetz co-sponsored a non-binding resolution last month calling for the former FBI director to resign from the probe over alleged bias.

Since flying on the president's jet, DeSantis and Gaetz have been joined by another Florida Republican -- Rep. Francis Rooney, who this week called for a "purge" at the Department of Justice and FBI.

Their actions have renewed interest in a Wall Street Journal report in May that revealed a Florida blogger was in direct contact during last year's congressional campaigns with Guccifer 2.0, an internet persona that U.S. intelligence agencies believe is linked to the Kremlin.

Aaron Nevins, a Republican operative who operates the low-traffic HelloFLA blog, admits reaching out to Guccifer 2.0 in August 2016 after learning hackers had broken into a Democratic committee that helps House candidates and asking for any Florida-based information.

The blogger received 2.5 gigabytes of Democratic Congressional Campaign Committee opposition research and other documents 10 days later, and he posted some of them online under a pseudonym -- including five documents related to the committee's recruitment of DeSantis opponent George Pappas.

“I don’t think you realize what you gave me,” Nevins told the hacker via Twitter direct messages. “This is probably worth millions of dollars.”

It's not as clear whether the other two lawmakers directly benefitted from Guccifer 2.0's data, but Gaetz was targeted last month by opposition research dumped online by HelloFLA.

Another cache of documents targeted Rep. Ben Ray Luján (D-NM), chairman of the DCCC, who faced no serious challenger but felt the hackers wanted to send a threat to all Democratic lawmakers and candidates.

“The N.R.C.C.’s use of documents stolen by the Russians plays right into the hands of one of the United States’ most dangerous adversaries,” Luján’ warned. “Put simply, if this action continues, the N.R.C.C. will be complicit in aiding the Russian government in its effort to influence American elections.”

House Minority Leader Nancy Pelosi sent a similar letter to Ryan in early September, but the GOP leader never replied to either complaint.