‘Those briefings are useless’: MSNBC’s Mika urges reporters to walk out on Sarah Sanders' lies 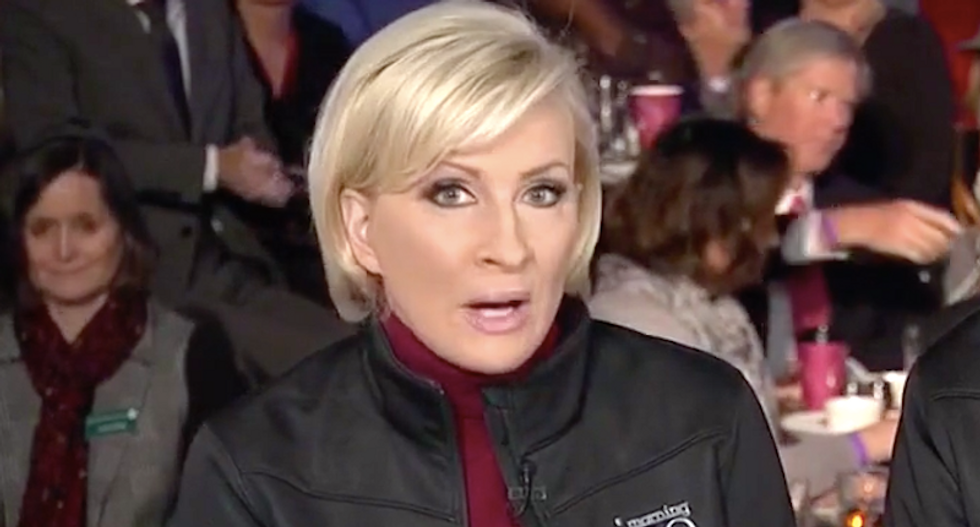 The "Morning Joe" co-host broadcast Tuesday live from Alabama ahead of a special U.S. Senate election, and the gathered crowd cheered "preach" as she lashed out against Sanders.

"My god, how can they keep a straight face in the White House briefing room?" Brzezinski said. "I would literally laugh hysterically. How do you even listen to her say those things and not just walk out? At this point those briefings are useless. She does not say anything that is truthful, and she does not intend to when she walks out there. It's incredible."

Sanders insisted Monday that reporters purposefully spread misinformation damaging to the president, and co-hosts Joe Scarborough and Willie Geist agreed the media had been hostile toward President Donald Trump since he announced his candidacy.

"There was a new aggressiveness that was instituted a couple of years ago when President Trump started to run for office," Geist said. "But look, the last week or so the press has made a number of embarrassing mistakes -- that's a fact -- and Sarah Sanders is right about that. But the idea that there are members of the mainstream press that are purposely misleading -- are there people with biases? Of course, there are. Does that find its way into some of their reporting sometimes? Of course, it does. But the idea that they sit down with the idea of taking false information, which is what she said, and presenting it to the public is untrue."

Brzezinski said the press secretary's claims propped up the president's lies and were harmful to American democratic institutions.

"What makes it even worse, what makes it incredibly bad and dangerous, quite frankly, a danger to our republic, is that she's the one protecting a president who does that every day, who watches TV every day and tweets stupidity, lies, conspiracy theories, bullies people," Brzezinski said. "He tweeted a conspiracy theory about Joe last week that would have made headlines in any other administration, but people are so desensitized to his lies that her role is incredibly important. Her role is to promulgate the lies coming out of the White House. I think what she's doing is helping damage this republic, I'm sorry."