Time 'Person of the Year': 'The Silence Breakers' who started the #MeToo movement 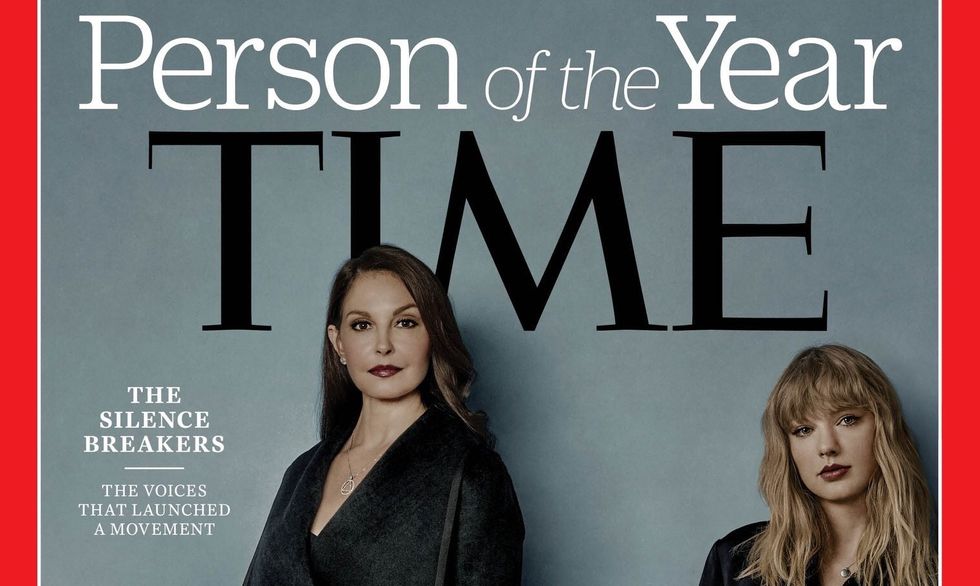 Time on Wednesday revealed its choice for its annual "Person of the Year" award: The women whom it deemed the "Silence Breakers" who founded the #MeToo movement to combat sexual harassment in the workplace.

Time announced its "Person of the Year" on NBC's "Today" show, where editor-in-chief Edward Felsenthal talked about the magazine's decision to pick sexual harassment accusers over President Donald Trump.

"This is the fastest moving social change we've seen in decades," explained Felsenthal. "Individual acts of courage by hundreds of women, and some men too, who came forward to tell their own stories of sexual harassment."

Felsenthal told "Today" that he viewed 2017's movement of women coming forward with their stories of sexual harassment as "just the beginning" of a broader social change that holds powerful men accountable for their sexual misconduct.

The Time editor also emphasized that this wasn't just a story about female celebrities being sexually harassed, as plenty of American women from all walks of life have experienced similar situations.

"A woman we talked to, a hospital worker in the middle of the country, who... shared her story with us, but she doesn't feel like she can come forward without threatening her livelihood," he said.