Trump walked out on meeting with Fox's Judge Jeanine Pirro as she ranted about Hillary and Comey: report 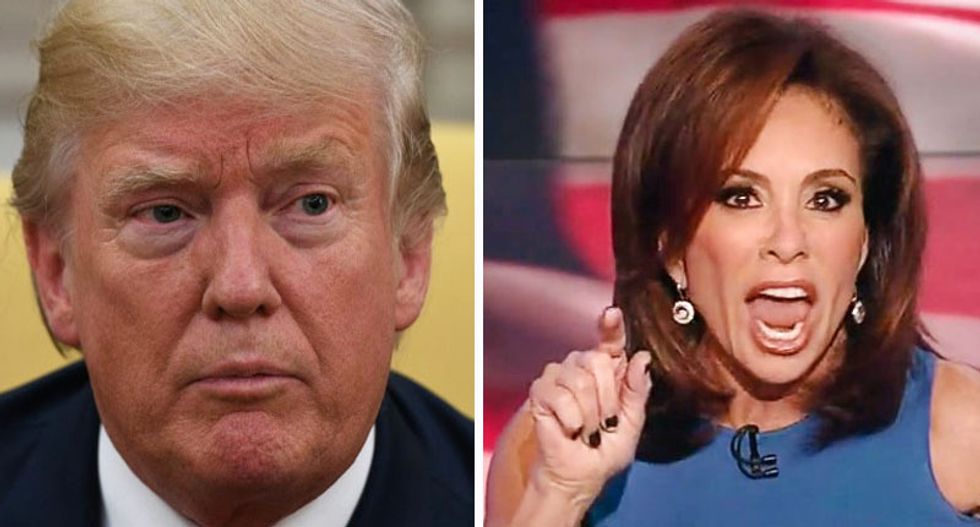 A New York Times examination into how President Donald Trump spends his days in the Oval Office reveals that the leader of the free world granted a meeting to Fox News personality Jeanine Pirro -- only to walk out on her when he grew tired of her harangue about topics that infuriate her.

The Times reports that Pirro -- known as Judge Jeanine on her Fox News show -- asked to meet with Trump in early November to discuss her obsession with former Hillary Clinton's supposed approval to sell uranium to the Russians.

The report states that Trump became upset when Pirro decried hardball legal tactics, reminding her that hard-charging McCarthy-era attorney Roy Cohn was once his mentor who might serve him well now as one of his defenders.

The White House source reports that at one point in the meeting, Kelly grew weary with Pirro's rant, with the White House Chief of Staff interrupting her to tell her she was "not helping things."

The report notes that Trump "eventually tired of Ms. Pirro’s screed," and walked out on her.