Trump's ambassadors are turning into uncontrollable tweeters like the president 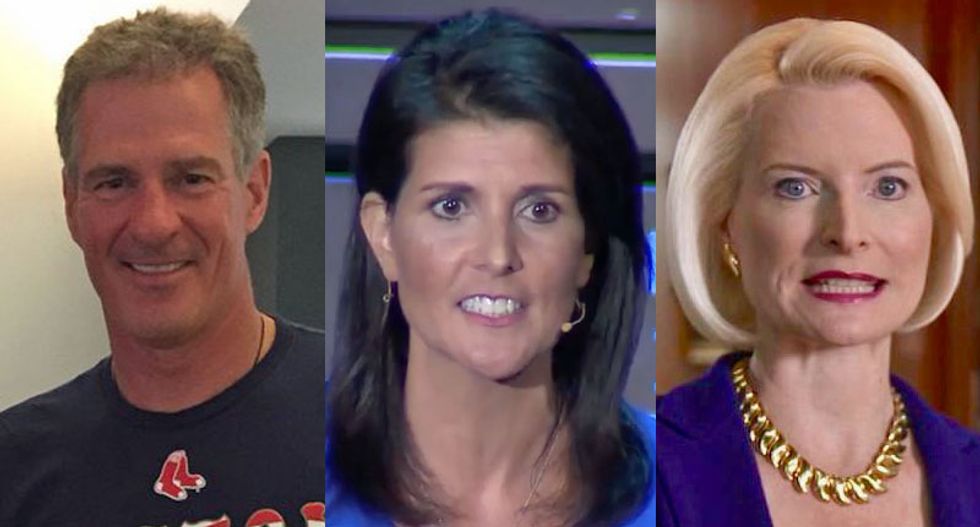 President Donald Trump's defining Twitter feed has captured the attention of the world, but a new report from BuzzFeed News suggests many of his highest profile appointees are also pushing the boundaries of the acceptable on the social networking platform.

Top diplomats in Rex Tillerson's State Department have been flouting rules in the department's Foreign Affairs Manual and the Office of Government Ethics’ Standards of Conduct.

BuzzFeed explains that the Foreign Affairs Manual rules "are designed to prevent political appointees from exploiting public office by using their official title to build a massive social media presence and then taking their account with them when they re-enter the private sector or retire."

Ambassador to the UN, Nikki Haley, is using tax-payer funded staff to support her private Twitter account, @nikkihaley, which was started back when the former South Carolina governor was a state legislator.

Ambassador to New Zealand, Scott Brown, is using his official State Department account to link to his private Twitter feed, @SenScottBrown, which was started back when the former Massachusetts senator was a state legislator.

Ambassador-Designate to the Holy See, Callista Gingrich has also continued to use her personal Twitter account, which was first started in 2009.

The State Department declined to defend Haley, Brown or Gingrich.

“We are always working to ensure that the use of social media accounts is consistent with the guidance in the FAM," a spokesman claimed. “As questions arise, we look into them on a case by case basis.”

The White House has said that Donald Trump's tweets on his personal account are official statements.