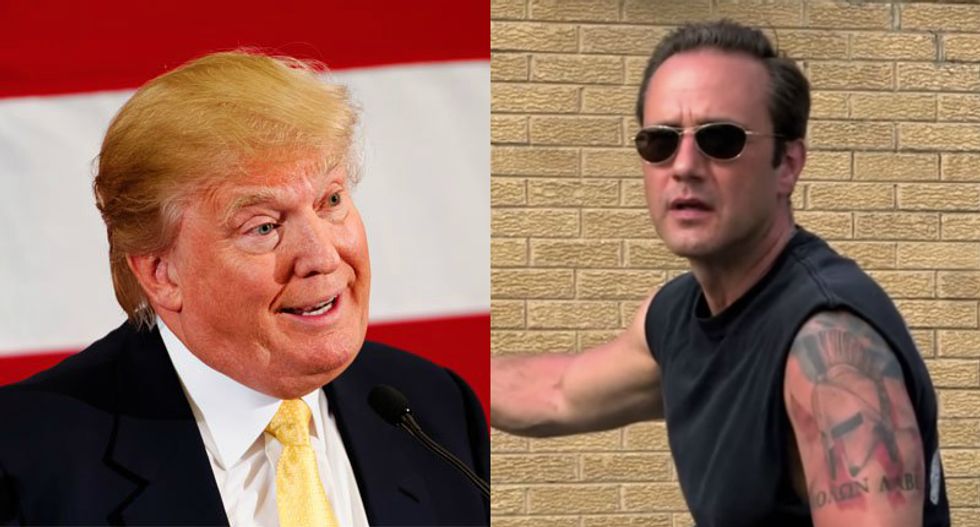 In the topsy-turvy world ushered in on November 8, 2016, one adage has held remarkably true: there's a Trump tweet for every situation.

So is the case for a newly-unearthed tweet sent by then-candidate Donald Trump to Paul Nehlen, the anti-Semitic GOP candidate for House Speaker Paul Ryan's (R-WI) potentially-open congressional seat.

In the tweet, Trump thanks the dairyland business executive for his "kind words," which he said are "very much appreciated."

In response, Nehlen responded, that it was his pleasure, and the he just wants "to Make America Great Again."

Nehlen's infamy has grown in recent weeks as he hit the national stage for his bigoted views, culminating earlier on Wednesday when Breitbart announced they'd cut ties with the candidate they once ferociously backed over his most recent overtly anti-Semitic comments.

Naturally, it took little time for Twitter to uncover the fawning exchange between the apparent neo-Nazi and the man who became president.

"For some reason white supremacists like @realDonaldTrump," another person posted. "What could that reason be?"