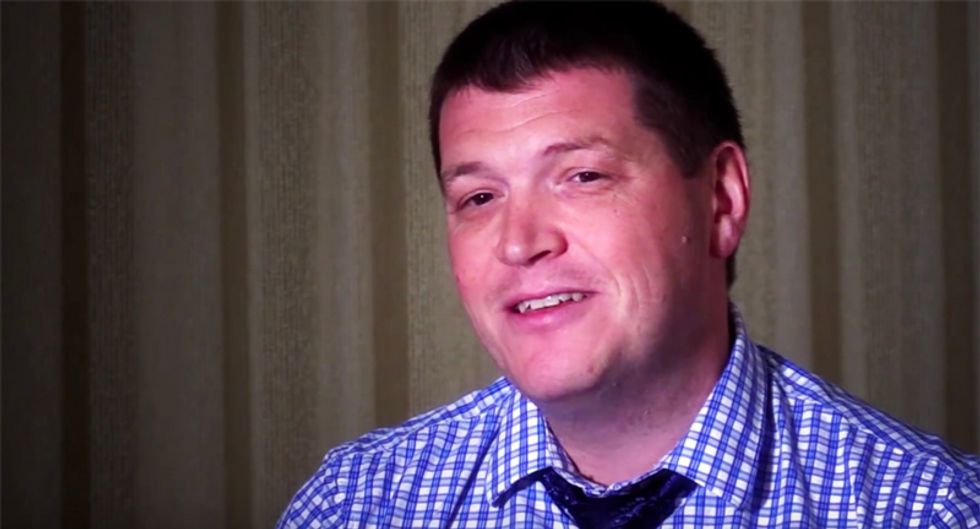 In an attempt to understand the thinking of individuals who continue to believe that the Earth is flat, an astrophysicist joined the Flat Earth Society whose members are dedicated to disproving accepted scientific facts.

What he found was very little science discussed and lots of conspiracy theories.

In an interview with "Thinking Atheist" Seth Andrews, author and Florida Institute of Technology professor Dan Batcheldor explained that he spends some of his spare time monitoring the Flat Earth forums and marveling at the elaborate theories concocted that fly in the face of scientific inquiry.

Explaining that the study of astronomy is made up of "basic math and basic physics that can actually help develop critical thinking skills," that are largely absent on the flat Earth forums.

According to Batcheldor, flat Earthers even use satellite imagery to make their point and communicate in real time on-line where they lie to each other to validate their shared beliefs.

"It’s a particularly special, particularly extreme case, I think, for these conspiracy spectrum-type problems, in that not only does it have to be everyone in the world, but even members of the Flat Earth Society to be involved in essentially a personal global conspiracy against one person," he added.

As with almost all conspiracy theorists, flat Earthers see a far-reaching and nefarious cabal of interests that wish to keep the truth from the public for often inexplicable reasons and may also include other co-conspiracists for reasons of their own.

"When we talk about conspiracies, you can kind of gauge how desperate that conspiracy has to be by the number of people that have to be involved," he explained. "And in the case of the Flat Earth Society, it’s not just a question of governments, and the airline industry, and every country’s space program, and all of the technology that we use that’s based on satellite imagery. But it’s even members of the Flat Earth Society themselves."

"So there appears to be the group of people that somehow have this epiphany about the physical constructs of the universe," he explained. "And so their idea that they had while falling asleep at at night, or whilst in the shower in the morning, is somehow, despite their complete lack of understanding of basic physics is somehow a magical explanation for how the universe works."

You can watch the video below via YouTube flagged by the Friendly Atheist:

Activism Video Science
Report typos and corrections to: corrections@rawstory.com.
Like this article ? Text `Support` to 50123 to donate.
READ COMMENTS - JOIN THE DISCUSSION