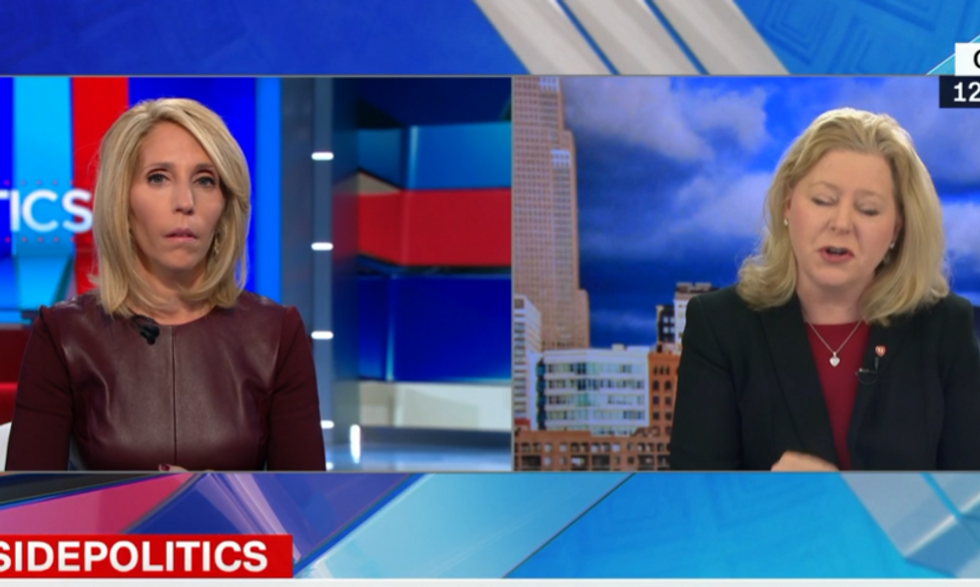 When asked by Bash about the evidence of "voter fraud" in Alabama, Porter relied mainly on the opinion of the Moore campaign's hand-picked "experts" -- one of whom is a notorious conspiracy theorist who says he has mathematically proven that there was a vast conspiracy to assassinate former President John F. Kennedy.

"This gentleman I talked about, with all the degrees [in mathematics], said that there is a one in 15 billion chance that this vote... occurred naturally," she said. "In other words, this election was fraudulent."

Porter admitted to Bash that she was talking about Richard Charnin, a well known crank who has also calculated the probabilities that the DNC had former staffer Seth Rich murdered to cover up his ties to WikiLeaks.

Bash pointed out to Porter that Charnin engaged in wild conspiracy theories about JFK's assassination, and also noted that another of the campaign's "experts" -- a man named James Condit, Jr. -- is an anti-Semite who believes Israel was actually behind the 9/11 terror attacks.

"This does not sound like somebody who has credible information," Bash said bluntly.

Porter said that Charnin's wild views about Seth Rich and JFK didn't matter when it comes to proving voter fraud.

"Maybe he got a parking ticket yesterday," she said. "That's irrelevant to the case."