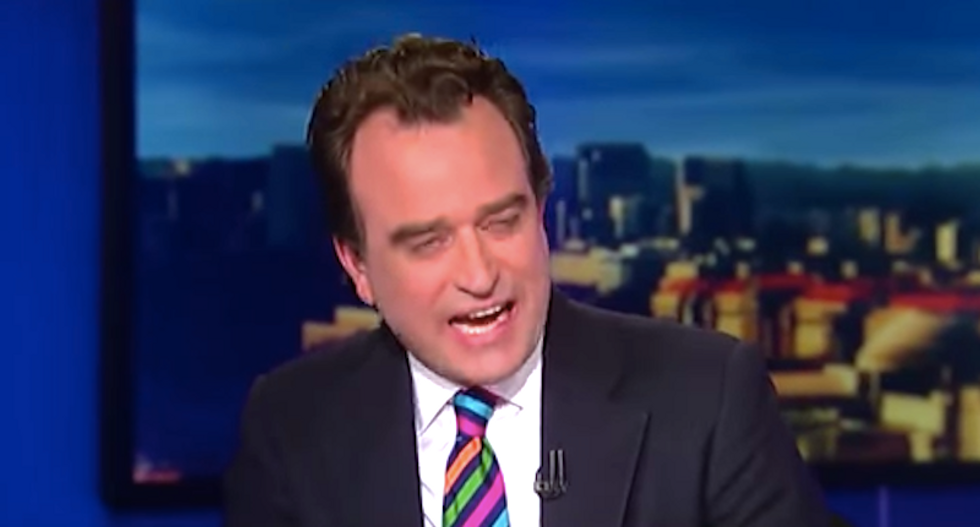 "This reminds me of how obnoxious President Obama can be," Hurt told Fox News' "Special Report." "He goes over to the BBC and talks to prince whatever his name is -- William -- whatever his title is."

Substitute host Mike Emanuel supplied Prince Harry's name, which Hurt still couldn't bring himself to utter, and instead replied with a dismissive "whatever."

"He does this interview where he's clearly attacking the president," Hurt continued, "and this notion that you're going to attack the president for using Twitter, is akin to me to attacking FDR for using the new-fangled radio for doing his fireside chats. It's just a form of communicating with people, and a way he can communicate with people around the media that viciously despises him."

Obama suggested to his royal friend that "all of us in leadership have to find ways in which we can recreate a common space on the internet," which surely was aimed at Trump -- who uses his Twitter account to personally attack the free press, political opponents and law enforcement.

"The notion that he's going to sit back and say, 'Oh, well, people like me in leadership, I need to go in here and fix all of this,'" Hurt added. "No, you don't. You'll just mess it up."