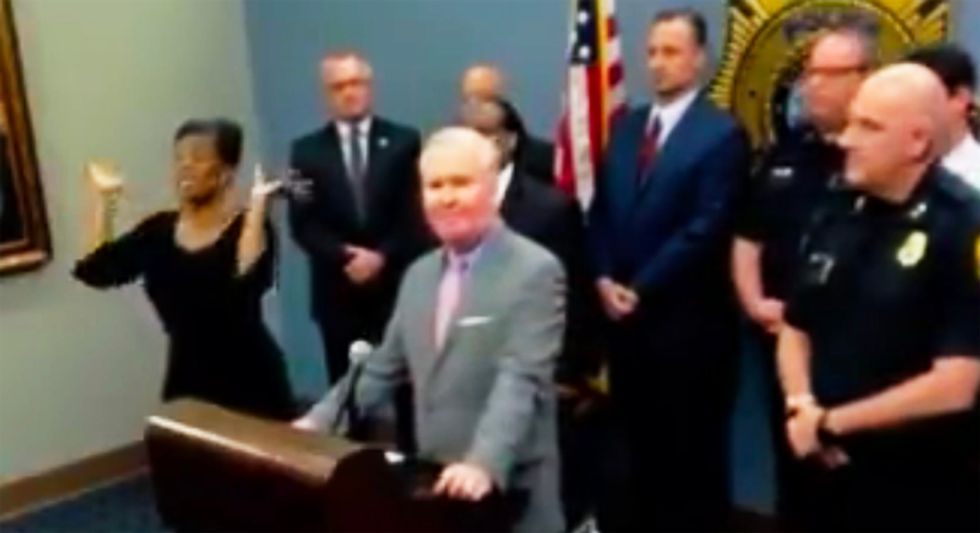 Police officials in Tampa have opened an investigation into who dispatched a sign language interpreter to a press conference on a multiple murder investigation who didn't appear to have a grasp of American Sign Language.

According to the Tampa Bay Times, the press conference on Nov. 28 was designed to announce the arrest of a suspect in the killing of four in Seminole Heights.

Accompanying police officials was a woman who provided ASL interpretation that appeared to be gibberish, which then alarmed viewers proficient in ASL.

According to Rachelle Settambrino, who is deaf and teaches ASL at the University of South Florida, "She sat up there and waved her arms like she was singing Jingle Bells."

"I was disappointed, confused, upset and really want to know why the city of Tampa’s chief of police who is responsible for my safety and the safety of the entire community did not check her out," Settambrino lamented.

According to TPD spokesperson Janelle McGregor, no interpreter was requested for the event and an investigation is being pursued to see who sent the woman and failed to vet her ASL proficiency.

You can watch the video below posted to YouTube by the Tampa Bay Police Department: