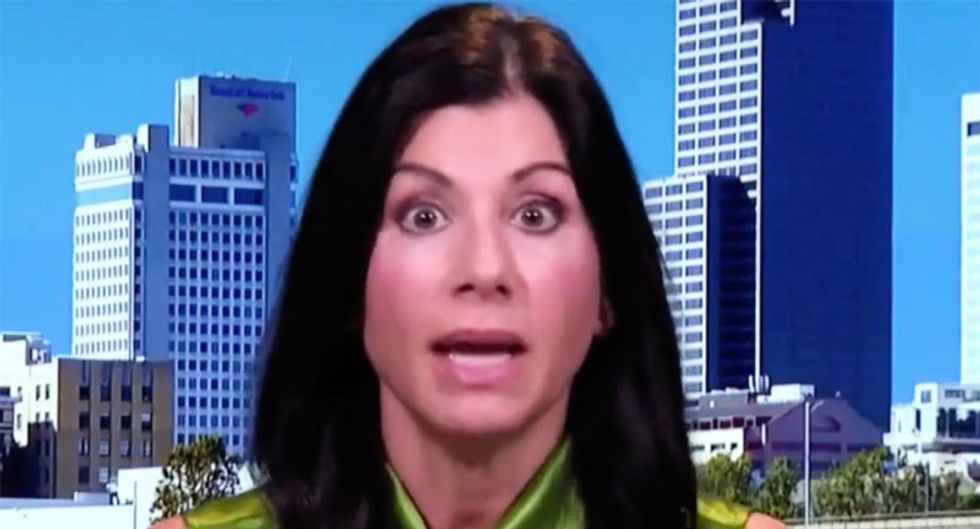 Appearing on MSNBC Saturday afternoon, Republican strategist Nicolle Nikpour was asked about President Donald Trump's impromptu interview with a New York Times reporter where the unattended president let down his guard and rambled on -- causing consternation among White House aides.

Instead of attempting to defend the president -- admitting that no one can "control" Trump at the best of times -- Nikpour repeatedly and strenuously made the case about what a "wonderful place" Mar-a-Lago is causing her liberal counterpart to note her sterling "advertisement" for the resort.

With that, Nikpour was all aglow about Mar-a-Lago -- praising it 13 times in less than 3 minutes -- but had little to say about Trump's comments.

"First of all, you've got to understand Mar-a-Lago, I've been there several times," Nikpour admitted. "It's a fantastic club, it's a beautiful club, and he's relaxed. I mean he lives there and there are a lot of staff there. There are a lot of people that are around there but, when Donald Trump is talking to someone or he's doing something, they'll hold back. I mean he is the king of Mar-a-Lago."

"I think what the interview showed is that he was relaxed, he was talking to the reporter, and the aides probably didn't like it because they didn't really have any control over it," she continued. "But with that said, as everybody knows, really nobody has much control over Donald Trump. I think he likes it that way. You know, he's gotten a lot of things passed, he's gotten a lot of good things done and Mar-a-Lago is his stomping grounds."

Asked once again if she has been to the resort, Nikpour pointed out that she had, before gushing,"It's beautiful it's a wonderful place," before complimenting the employees who she claimed Trump has been "very good to."

"A lot of the members, they love him," she continued. "Like I said, it's over the top, it's a beautiful place. People have come in and out of there as guests, and it's lovely. Everybody is over the top nice -- very wonderful atmosphere."

Nikpour carried on in this manner for a bit more, and when her co-panelist, HuffPo's Peter Emerson, was allowed to weigh in, he quipped: "I hope, Noelle, you get a discount for your wonderful advertisement for Mar-a-Lago."