'We just disproved that': CNN's Blackwell smacks down Jack Kingston for claiming Trump has improved the lives of blacks 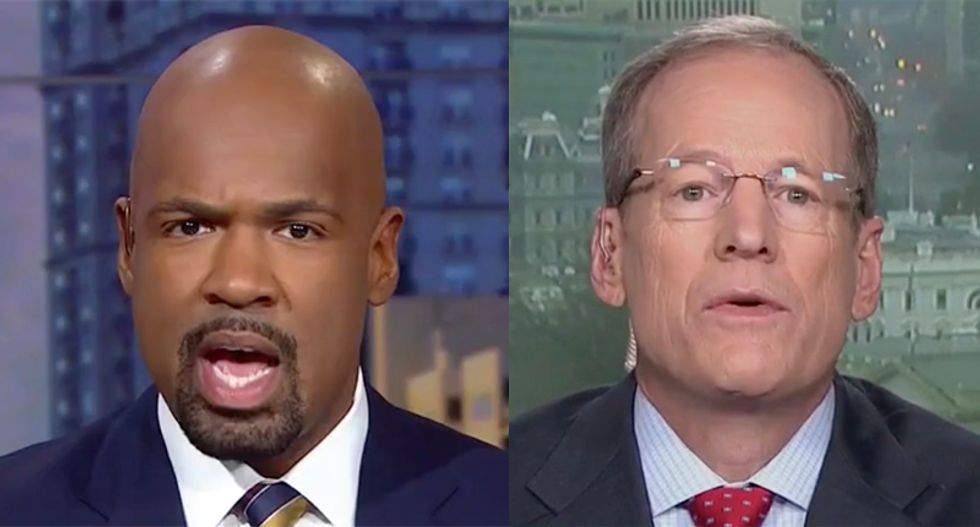 Former Rep. Jack Kingston (R-GA) was smacked down by a CNN host Saturday morning for claiming great gains for the black community under President Donald Trump -- moments after CNN reported the opposite.

Appearing on New Day to defend the president's planned visit to the newly opened Civil Rights Museum in Jackson, Mississippi on Saturday, Kingston chastised civil rights pioneer Rep. John  Lewis (D-GA) for boycotting the opening due to Trump, before attempting to make the case that black Americans are thriving under the president.

After citing comments Trump has made about minorities starting back when he announced he was running for president, Blackwell asked, "Does he want to sit down with Lewis and would he be open to learning about the civil rights struggle and why so many people would be offended by the two and a half minutes of  history I summed up a few minutes ago?"

After ducking the question to instead talk about DACA, Kingston then referenced the recent jobs report.

"Who created those jobs? I know everybody will say --" Kingston replied as panelist Maria Cardona jumped in to say, "Barack Obama."

"But it is up!" Kingston insisted.

Blackwell then stated he was stunned Kingston brought up DACA, and that, had he known it would come up in the conversation, he would have had footage ready to run of what Trump has previously said about getting the Dreamers "out of the country."