‘What they did to Al was atrocious’: Democrat calls on Franken to reconsider resignation 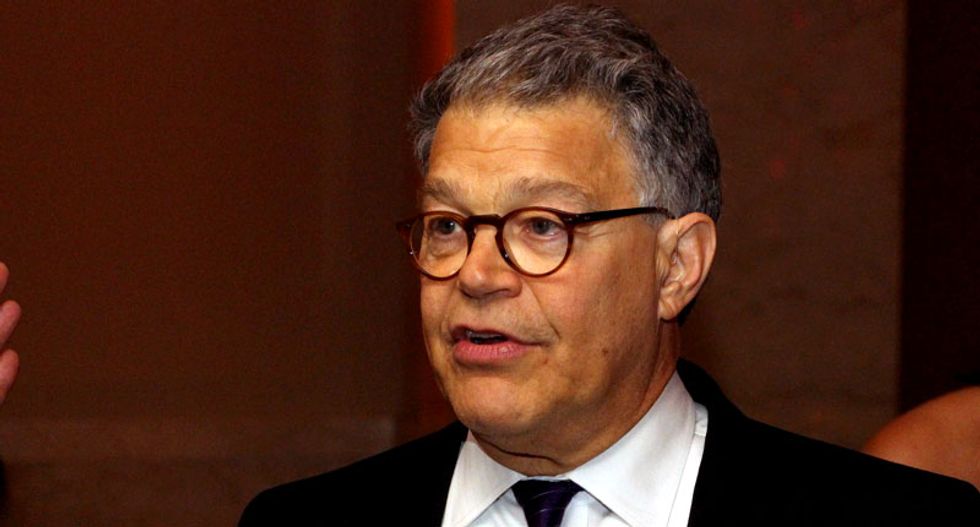 Al Franken at The 76th Annual Peabody Awards Ceremony at Cipriani, Wall Street on May 20, 2017 in New York City. (Photo by Stephanie Moreno/Grady College of Journalism and Mass Communications for Peabody Awards/University of Georgia)

At least four Democratic senators are urging Sen. Al Franken (D-MN) to reconsider his decision to resign, although his replacement has already been appointed.

Sources familiar with Franken's plans said the senator has not changed his mind and still plans to formally resign in January, but two Senate colleagues have issued statements of support and two others privately hope he'll reconsider, reported Politico.

“What they did to Al was atrocious, the Democrats,” said Sen. Joe Manchin (D-WV), one of the few Democratic senators not to call for his resignation.

Manchin believes Franken was railroaded, and he hopes the Minnesota Democrat will stick around until an ethics investigation into sexual misconduct claims can be investigated.

“Here’s a man, that all he said [was], ‘Take me through the Ethics Committee. I will live by whatever decision and I will walk away thinking about this opportunity I’ve had while I was here. But you find out if I’m a predator,'" Manchin said.

“The most hypocritical thing I’ve ever seen done to a human being — and then have enough guts to sit on the floor, watch him give his speech and go over and hug him?" Manchin said. "That’s hypocrisy at the highest level I’ve ever seen in my life. Made me sick."