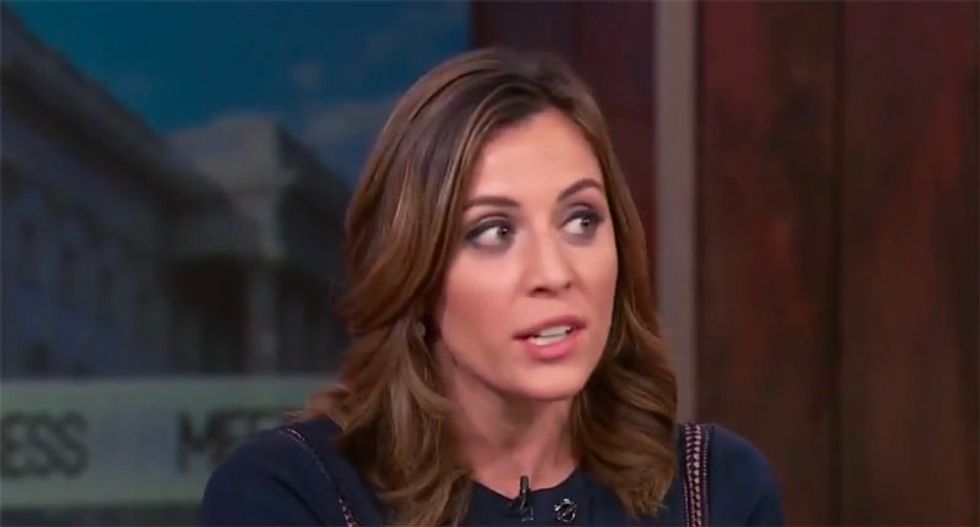 Sitting in on an MSNBC panel Sunday morning, White House correspondent Hallie Jackson said that, while President Donald Trump and his spokesperson are projecting confidence that nothing will come out of special counsel Robert Mueller' investigation, White House staffers are wallowing in paranoia that they will be swept up.

On Sunday morning's Meet The Press, Jackson compared the ongoing Mueller investigation -- and White House responses to it --  to "boiling the frog."

"I think my sense is, what you’re seeing is the boiling of the frog slowly,"Jackson told host Chuck Todd. "This started back when the president talked about this as a witch hunt back in the day. But then the White House, very publicly said at the podium, that we’re at — when we asked Sarah Sanders, she said, ‘No, no, the president is going to continue to allow Bob Mueller to do his job.’"

"But I think slowly you’re seeing this escalation of real questions being raised about Mueller’s credibility, with the FBI agent who was let go. That is a major issue," she added, before turning to the mood among White House staffers.

"For people, Republicans, allies of the president — I will also tell you, mood-wise, you can’t overstate the paranoia and the concern inside the West Wing about this investigation," she explained. "Although the president, I’m told loves to be talking about his tax bill. He’s actually feeling pretty good about where he is right now."