'Why do Mexicans smell like that?': ACLU puts high school on notice over coach accused of mocking minorities 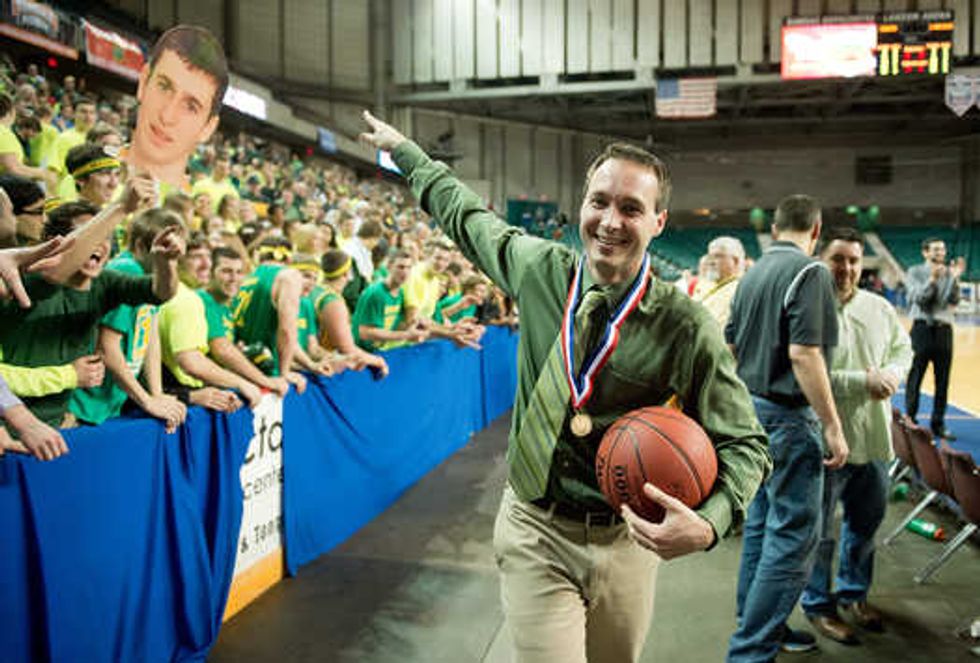 Despite testimony from multiple students claiming they heard a basketball coach make racist remarks to students, the Shawnee Mission South High School appears not to have properly investigated those claims.

As the Kansas City Star reports, the American Civil Liberties Union of Kansas is calling for the Shawnee Mission's interim superintendent to open an independent investigation into claims of racism by at least four student athletes against coach Brett McFall.

Coach McFall's comments, according to the ACLU, often centered on the races of the team's players, from allegedly asking one student athlete "do you not pay attention because you are black?" to referencing racial stereotypes about "fried chicken." In another complaint, McFall allegedly asked a Colombian student "Why do you Mexicans smell like that?"

The newspaper reports that on August 28, three former basketball players at the school issued complaints to the school board about McFall. Less than a month later, the school's principal, Todd Dain, concluded in his investigation that "discriminatory actions did not occur" and that McFall "did not use racially charged language."

"According to his own investigation summary," the report reads, "Dain did not interview one of the students who had made a written complaint because the student had moved out of the district," as per the ACLU. He also allegedly refused to interview another student who had complaints.

“The district is on notice that minority students at SMS have been subjected to pervasive racial harassment by Coach McFall,” the ACLU's letter to Shawnee Mission Superintendent Kenny Southwick read. “If the district fails to conduct a more thorough review into these complaints, it is choosing to facilitate a hostile education environment.”

In November, the mother of one of the students who witnessed McFall's alleged racist behavior asked Principal Dain why her son hadn't been interviewed "since another player had named him in his complaint." She was told that her son "was not part of the investigation," which had been "resolved."

"Dr. Dain’s investigation is at best incomplete,” the ACLU's letter stated, citing Title VI of the 1964 Civil Rights Act that prohibits school districts from "creating or tolerating" racial hostility. They also claimed that Dain and McFall's "relationship may compromise his ability to assess the complaints in an unbiased manner.”