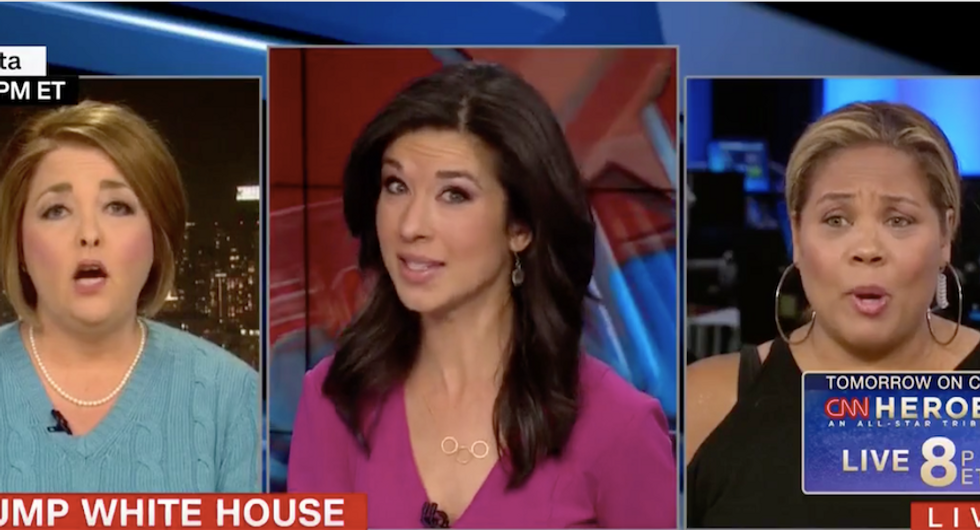 A CNN panel got heated when a "Women for Roy Moore" representative called it "absurd" that Sen. Kirsten Gillibrand has called for President Donald Trump to resign over allegations of sexual harassment and abuse against him.

"Roy Moore denied these allegations, but he was not out there fighting them every day. He should have been," said Kremer -- who one child sex abuse survivor called "disgusting" for supporting accused molester Moore.

She went on to say that the dozen-plus women who have accused Pres. Trump of harassing, groping, forcibly kissing and inappropriately touching them have missed their chance because the allegations against Trump were known before the election.

She accused the women of taking money for their stories, "and then you've got Kirsten Gillibrand coming out and calling on the president to resign? That's absurd."

Cabrera pointed out the Democrats have tried to be pro-active with members of their caucus who face these types of allegations.