'Wow': Don Lemon speechless after Roy Moore's wife insists they're not anti-Semitic because they have a Jewish lawyer 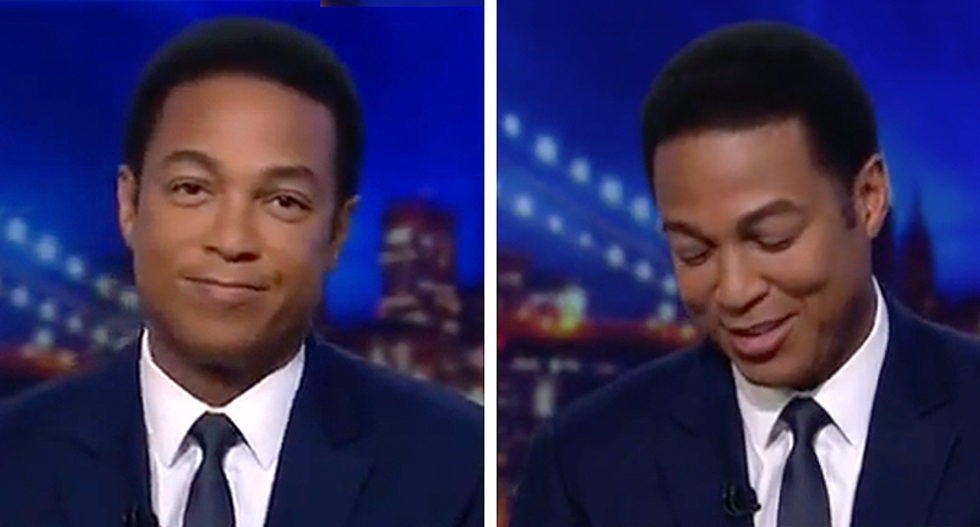 A bewildered Don Lemon on Monday reacted to Kayla Moore’s claim that she and her husband, GOP Senate candidate Roy Moore, are not anti-Semitic because their lawyer is Jewish, and the result was an instant classic.

Lemon played a clip of Kayla and Roy Moore speaking at an Alabama rally for the embattled Republican hopeful.

“Fake news would also have you think that my husband doesn't support the black community,” Kayla Moore said in her speech. “Yet my husband appointed the very first black marshal to the Alabama Supreme Court. We have many friends that are black, and we also fellowship with them in church and in our home. Fake news would tell you we don't care for Jews. I tell you all this because I’ve seen it, so I just want to set the record straight while they're here: One of our attorneys is a jew.”

“We have very close friends that are Jewish and are rabbis,” Kayla Moore said.

After playing the clip, Lemon could only chuckle and lower his head. "Wow," he said.

“Don, do you consider me a friend by any chance?” CNN's Mark Preston asked.

“I can say I have a black friend now!” Preston quipped. “I'm very excited.”

“It's unexplainable,” Preston replied. “There is no explanation. I mean that is just, it’s beyond outrageous what she just did on stage.”