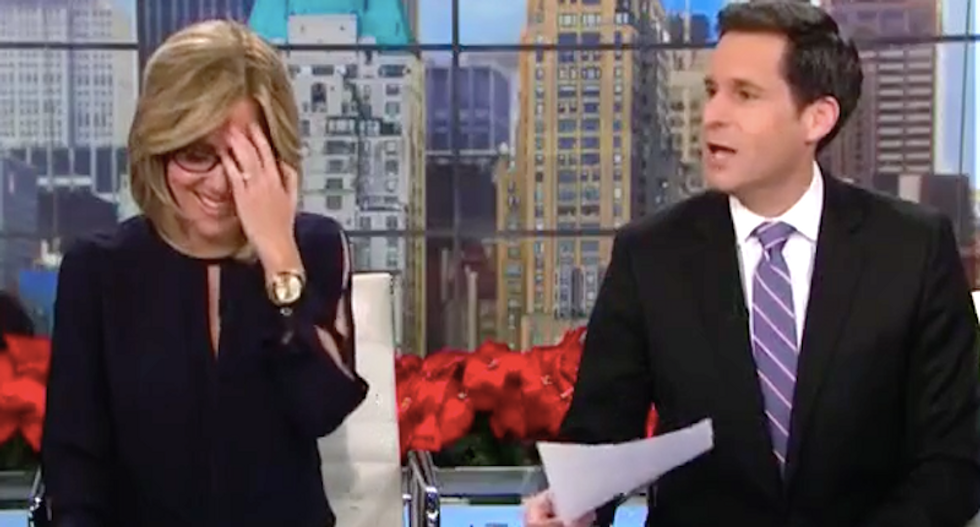 The "New Day" co-hosts reported on three lawmakers stepping down over sexual harassment allegations this week, but they were flabbergasted by the claims against the deeply conservative Franks -- whose staffers say he asked them to serve as surrogate mothers.

"You can't ask people who work for you to have your babies," Berman said.

"Can we write that down?" Camerota laughed.

"I don't think you have to check the HR documents to see that," Berman said. "It's an unspoken rule."

Berman stepped back and took stock of this week's developments.

"Three days, three members of Congress resigned for various levels of sexual misconduct or impropriety, on every end of the spectrum here," Berman said. "You have Trent Franks, who appears in John Avlon's book "Wingnuts," a Christian conservative. (Rep. John) Conyers (R-NY), dean of the House, longest serving African-American ever in history, and Al Franken, this liberal icon -- all gone. That is quite a moment this week, and I have to say -- and I'm not saying this lightly, the week is not over. It's Friday -- we don't know what is going to happen today."