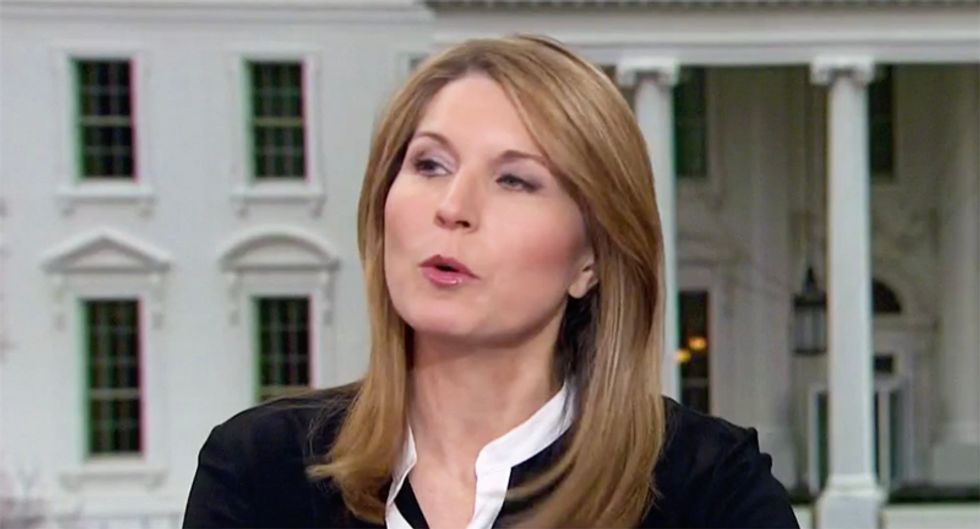 During a MSNBC Deadline White House segment on President Donald Trump's hectic weekend that culminated with him attacking stalwart conservative publication Wall Street Journal as "fake news," host Nicolle Wallace was incredulous that the president continues to act like a petulant child.

Panelist Bret Stephens, the conservative New York Times columnist, said nothing that has happened since Trump was elected has changed his mind about being a "never Trumper," and the Journal dust-up is another sign Trump is getting worse.

"I wrote a column at the end of the year why I'm still a never Trumper," Stephens explained. "It comes down to character. People on the right keep saying, 'you agree with this or that policy from Trump,' and in some cases I do. But the reality is that stuff isn't happening in Washington entirely on account of who the president is, the obsessions over the grammar in the Wall Street Journal, the obscenities offered with respect to immigrants, the bizarre language about the size of his nuclear button."

"One of the realities of the Trump era is about his personal neuroses, his bigotry, his obsessions," he added.

"We seemed to have glossed over the fight he is having the Wall Street Journal," host Wallace chimed in. "It's pretty fundamental. He thinks that the Twitter taunts constitute a relationship. I mean, he is like a 12-year-old commander in chief, because I don't know what other kind of relationship they have unless he's suggesting there are talks we don't know about."