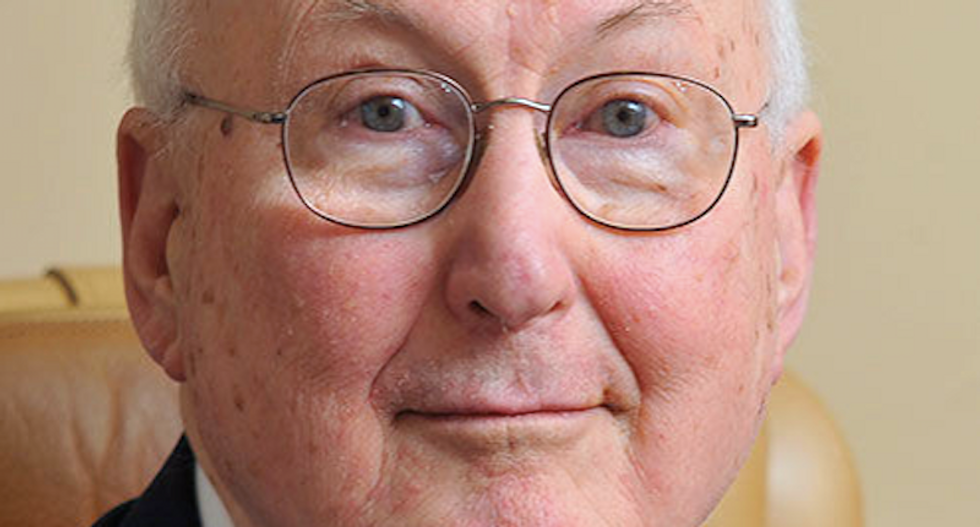 Veronica Pike Kennedy, a former reporter for the Anniston Star, revealed H. Brandt Ayers forcibly spanked her in the 1970s during an incident when they were among the few workers in the building, the newspaper reported.

“I was still determined to be a reporter after that,” Kennedy said. “But I hated Brandy Ayers with every cell in my body.”

Two other women who worked at the time for the newspaper, which long championed progressive causes and supported integration, made similar accusations against Ayers.

Those women declined to give their names, but they said Ayers engaged in a pattern of forced spankings with sexual overtones, and the newspaper's editors appointed a woman on staff to warn newly hired women in the newsroom to watch out for the publisher.

Ayers, who took over as publisher from his father in 1965 and is now 82, blamed his actions four decades ago on youthful immaturity.

“As a very young man with more authority than judgment, I did some things I regret,” Ayers said in a statement. “At my advanced age I wish I could relive those days again, knowing the seriousness of my position and with the accumulated judgment that goes with age.”

Kennedy told the website Alabama Political Reporter that she and another reporter were in the newsroom on a Saturday when Ayers asked her to read an article he'd written, and then told her she had been a "bad girl" and needed to be spanked.

“I started laughing, because I thought it was the funniest thing I’d ever heard,” she said.

The publisher then used a pica pole, a metal ruler used in those days to measure the size of printed type, and tried to pull Kennedy from her chair, the reporter said.

“I was literally holding on to the chair,” Kennedy said. “He picked me and the chair up, and wrestled the chair out of my hands. And he started spanking me.”

Ayers still writes regular columns for the newspaper and is chairman of the company that publishes the paper, but he hasn't had an active role at the Star in more than a decade.