'Being from Norway is not a skill': Dem senator shuts down Homeland Security chief's lame defense of Trump 'sh*thole' remarks 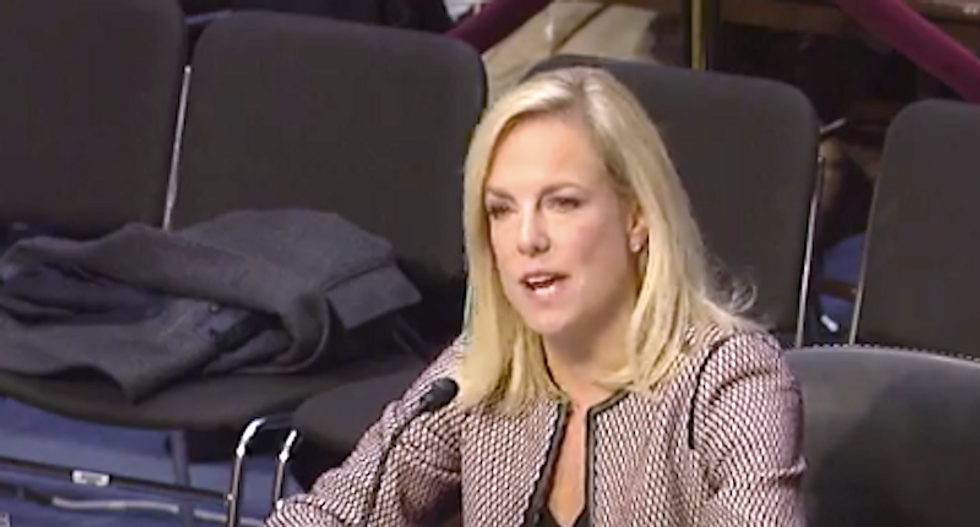 Nielson appeared Tuesday before the Senate Judiciary Committee, where the panel's ranking Democrat asked whether the president had made vulgar insults -- identified in reports as "sh*thole" -- against African nations and Haiti.

She said the president wanted to move to a merit-based system of immigration, but Leahy pointed out that accounts of Trump's remarks did not show that to be the case.

"He didn't say we needed more PhD students or skilled workers, he said he wanted more people from Norway," Leahy said. "Being from Norway is not a skill, and with the standard of living in Norway better than ours you're not going to have many people from there."

The senator asked Nielson what the president had meant, and she said Trump was referring the Norwegian prime minister's praise the day before for her people's work ethic.

"Norway is a predominantly white country, isn't it?" Leahy asked.

"I actually don't know that, sir, but I imagine that is the case," Nielson stammered.