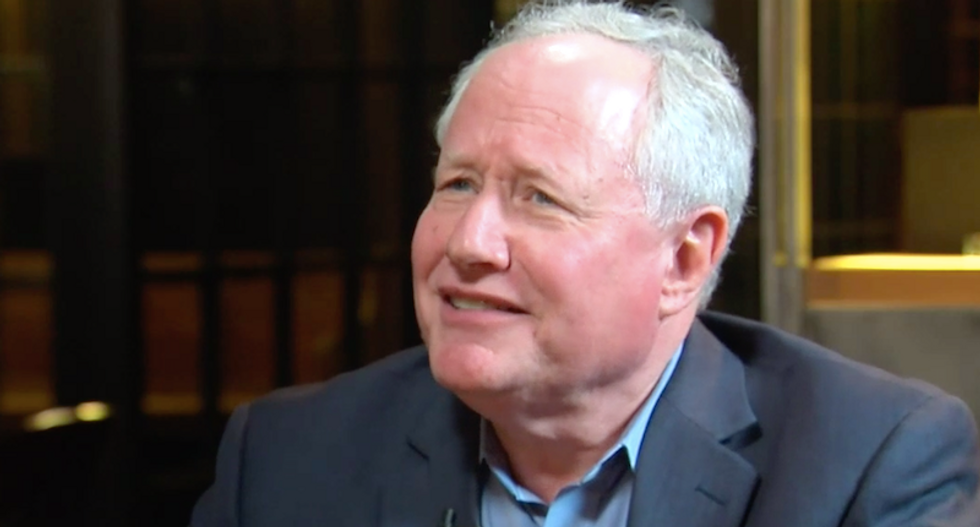 Conservative pundit Bill Kristol says Fox News had gone completely off the rails in the years since he last appeared on the right-wing network.

The Weekly Standard editor said the re-election of President Barack Obama drove Fox News and its viewers around the bend, although he's unsure whether the network led the way or followed its audience, reported CNBC.

"The second term of Obama, I think, was a shock," Kristol said. "I think one can't underestimate — that was a shock to the system. That was like, 'We're losing our country' for a certain chunk of Fox viewers — as opposed to, 'That was an unfortunate election of Obama, but the Tea Party won and we, the Republicans, won the House in 2010, checked Obama really in 2011, 2012.'"

Kristol, one of the leading proponents of war in Iraq, said Fox News poisoned politics with conspiracy theories that many viewers won't see debunked elsewhere.

"I was on Fox for 10 years really, 2002 to 2012," he said. "I think it was pretty good. It was a little tilted right? Sure. Now Fox is sort of — 75 percent of it seems to be birther-like coverage of different issues. That's been, I think, bad. And you put that together with the social media and the segmentation of everyone into bubbles, and I think there's some truth to that criticism."

He said the network's drift into recklessness was exemplified by an anchor he once hired for his magazine.

"Tucker Carlson began at The Weekly Standard," Kristol said. "Tucker Carlson was a great young reporter. He was one of the most gifted 24-year-olds I've seen in the 20 years that I edited the magazine. His copy was sort of perfect at age 24."

"He had always a little touch of Pat Buchananism, I would say, paleo-conservatism, but that's very different from what he's become now," he said. "I mean, it is close now to racism, white — I mean, I don't know if it's racism exactly — but ethno-nationalism of some kind, let's call it. A combination of dumbing down, as you said earlier, and stirring people's emotions in a very unhealthy way."

Carlson later lashed out at Kristol in a statement. "I’m not even sure what he’s accusing me of," the Fox News host remarked. "He offers no evidence or examples, just slurs, and then suggests that I’m the demagogue. Pretty funny. Kristol’s always welcome on my show to explain himself, though I assume he’s too afraid to come. What a shame. It would be revealing."

Kristol explained that he stopped appearing on Fox News five years ago as part of a dispute with the late Roger Ailes, although he wouldn't offer specific details.

"He wanted me to call up people here in Washington and basically blackball someone who had run afoul of him on a totally separate matter in New York, and it seemed kind of crazy to me, and I wasn't going to do it," Kristol said. "I didn't know what happened, but I wasn't going to just take his word for it and start calling about some other person I slightly knew and say, 'Don't hire this person.'"

Kristol said he was pulled off "Fox News Sunday," and gradually he was cut from all the network's shows.

"Maybe Roger was getting more cranky and odd in his older age, but anyway that was the story," he said.