Black man says Tulsa cops arrested him for ‘over-obeying’ during traffic stop: ‘No matter what I did, I was going to lose’ 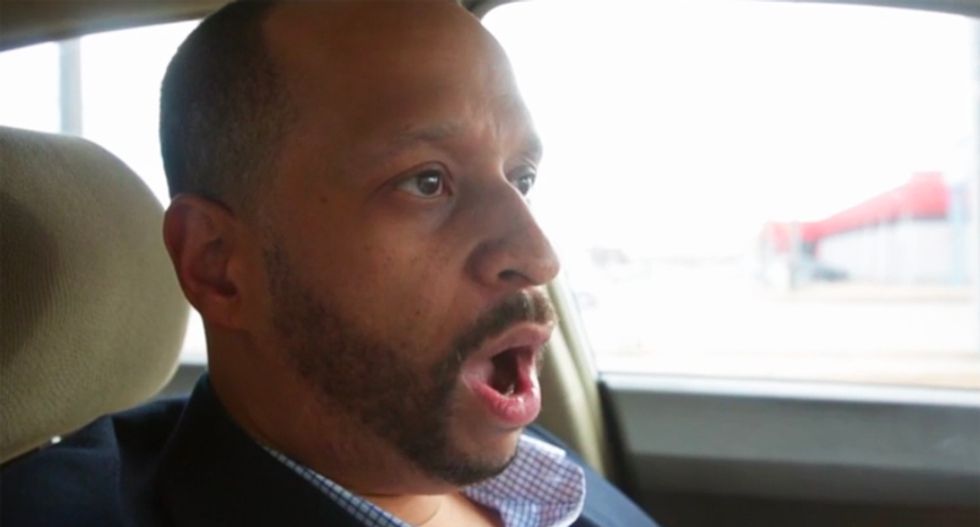 Addressing a 2017 arrest for a DUI, a black Tulsa real estate investor said that he was innocent -- as his blood test later proved -- and that he was taken into custody for being too compliant with the arresting deputies.

In an interview with Tulsa World, businessman Adam James called the encounter with Tulsa Deputy David Allen and Deputy Randy Schaefer a "surreal' experience  after  they accused him of doing drugs when they confronted him in a parking lot slightly after midnight on Sept. 30.

James made his comments after prosecutors dropped the charges against him when medical reports showed nothing in his system, with James saying the dismissal of the arrest by law enforcement left him, “feeling not an equal. That I was not a citizen. That I don’t matter.”

According to the police report, the deputies were suspicious of James - after he was pulled over for veering into another lane in his Honda -- because he kept putting his hands in the air.

"Adam James had difficulty following simple instruction (sic) without them being repeated multiple times and continuously raised his hands in the air,” wrote deputy Allen.

According to James, by nervously keeping his hands in plain sight the deputy suggested he might be under the influence. James admitted that his heart rate went up following the late night stop, and that he did fumble for documents in his glove-box when asked for his registration.

As for his hands staying up out of his fear of being shot, James said the deputies were suspicious of him because he was "over-obeying," and that was why he ended up handcuffed in the back of a cruiser on his way to a local hospital for a blood test before being booked.

“So no matter what I did in there, I was going to lose,” James explained.

After his blood test came back negative, District Attorney Steve Kunzweiler said his office dropped the case because, "based upon the preliminary blood test results that came back from the laboratory testing," there was no evidence of  anything that could have impaired James.

According to Sheriff Vic Regalado, he saw no evidence of racial profiling -- including looking into both deputy's history in the department -- and left open that James may have been under the influence of something that was not detected.

“That is not uncommon for that to happen,” Regalado said of James’ negative blood test results. “And the reason why is when it does happen, it could be a variety of different things. It could include those tests only test for certain intoxicants; it doesn’t test for synthetic drugs, inhalants and things like that."

“Not just African Americans get nervous on stops,” Regalado added. “And can that affect to a certain extent (field sobriety tests)? Absolutely. Can mental illness do it? Absolutely. Can other factors, … being under the influence of intoxicants, inhalants, synthetic drugs? … All those things taken into effect can absolutely."

According to Lewis, he was able to fight the charges and get his record expunged due to his financial situation, saying he has spent somewhere near to $10,000 to fight it.