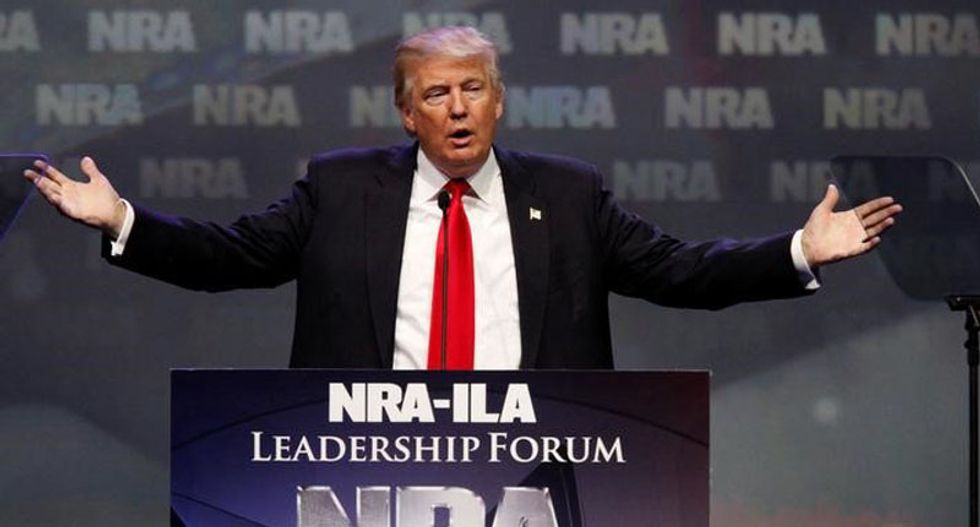 Republican presidential candidate Donald Trump addresses members of the National Rifle Association during their NRA-ILA Leadership Forum during at their annual meeting in Louisville, Kentucky, May 20, 2016. (REUTERS/John Sommers II)

The FBI is reportedly investigating whether Russian money was illegally funneled to the National Rifle Association (NRA) to benefit Donald Trump's presidential campaign in 2016.

Two sources familiar with Special Counsel Robert Mueller's investigation told McClatchy that the FBI is looking into ties between Alexander Torshin, a deputy from Russia's central bank, and the NRA. Alexander Torshin "is known for his close relationships with both Russian President Vladimir Putin and the NRA," according to McClatchy.

The NRA became one of Trump most important backers during the 2016 campaign. But U.S. laws prohibit using foreign money to benefit political campaigns.