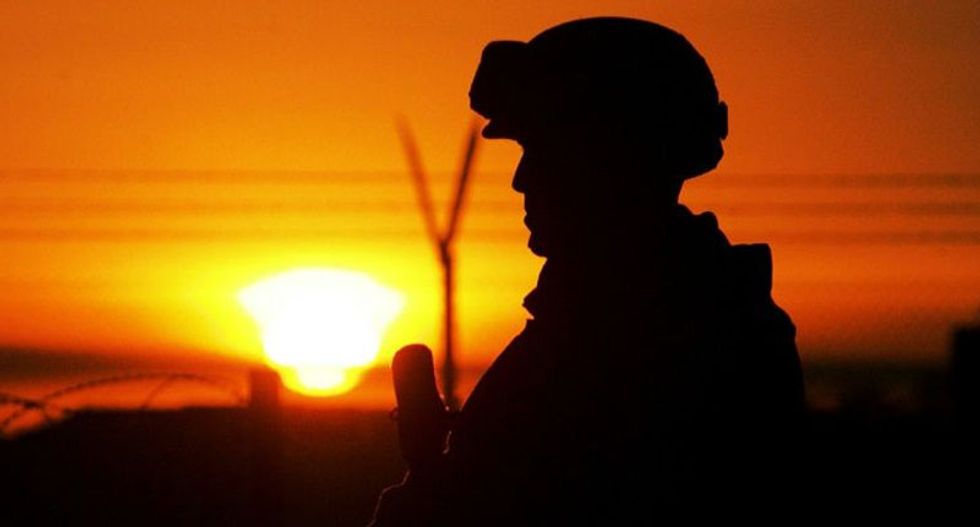 New research by Canadian scientists into the spread of a chemical commonly used in military explosives has confirmed some of the worst fears of U.S. environmental regulators tracking the threat posed by the Pentagon’s handling of its munitions in this country.

The Canadian research analyzed soil and water samples at nine sites where military explosives were detonated between 1990 and 2014, and came up with data about where and in what concentrations the explosive compound known as RDX, a possible human carcinogen, had turned up. Calling RDX “an internationally known problem,” which “has led to an international warning on possible soil, surface water, and groundwater contamination on military training sites,” the research described with actual measurements how RDX floats on the wind and seeps through soils into water supplies.

The researchers took water samples from groundwater at the explosives sites and found that in 26 out of 36 samples, the RDX that had made its way into aquifers exceeded levels considered safe. As a result, the researchers suggest that the data can be used to model RDX contamination at any site where munitions are routinely detonated, and for the first time, give environmental experts a way to quantify how much of it is spreading into surrounding communities.

RDX was considered a major military breakthrough when it was first developed for large-scale use on the eve of World War II, and to this day it remains a staple of the U.S. military’s war-making abilities, used in bombs, missiles and other weapons. And for decades, the Pentagon has known about RDX’s potential health and environmental threat. But the Pentagon has long maintained that the risk is not great, and it has both financed research and flexed its political muscle to have its view prevail. Most recently, the Pentagon has waged an intense fight to not have the U.S. Environmental Protection Agency upgrade its classification of RDX’s health threat, a move that could expose the Department of Defense to billions of added dollars in cleanup costs.

At a minimum, the Canadian research — published Nov. 17 in the Journal of Environmental Quality — will add to the store of knowledge about RDX contamination. The research found that while the highest concentrations of RDX remained in a ring around the sites where munitions had exploded, pieces of explosive, perhaps as large as a centimeter, were carried on the wind and later settled in the soil. Surface and groundwater samples showed that the RDX ultimately did not quickly dissolve or degrade as it sank deeper into the earth, where it usually was carried into water supplies.

Harry Craig, one of the Environmental Protection Agency’s foremost experts on explosives contamination, has described RDX as the single greatest problem the U.S. faces when it comes to cleaning up thousands of toxic munitions sites across the country. In an email to agency colleagues, Craig described the Canadian research as both novel and useful.

ProPublica reported on the history of RDX and the Department of Defense’s long-standing campaign to minimize its risks and fight EPA regulation in December. RDX has been discovered at dozens of U.S. defense sites, and increasingly in public drinking water supplies around them.  After early research by the U.S. Army determined that RDX was likely responsible for cancerous tumors in rats and mice, the Department of Defense has produced dozens of reports portraying RDX as more benign.

The new report from Canadian scientists confirms some things that the Pentagon had long sought to deny: that RDX contamination was likely to be present in most places where munitions were exploded or detonated, and that once it was present in soil, RDX moved easily into water supplies. The Canadian findings suggest that RDX contamination on or around defense sites in the U.S. could be even more widespread than is already known.

The Canadian report, authored by researchers at the Institut National de la Recherche Scientifique, Centre Eau, Terre et Environnement, and at Defence Research and Development Canada, both in Quebec, lists several U.S. sites with concentrations of RDX contamination that had not been previously disclosed in environmental data the Pentagon had provided to ProPublica. At Fort Hood, in Texas, RDX was present at dangerous levels. The same was true at Fort Greely in Alaska and Fort Bliss in New Mexico.