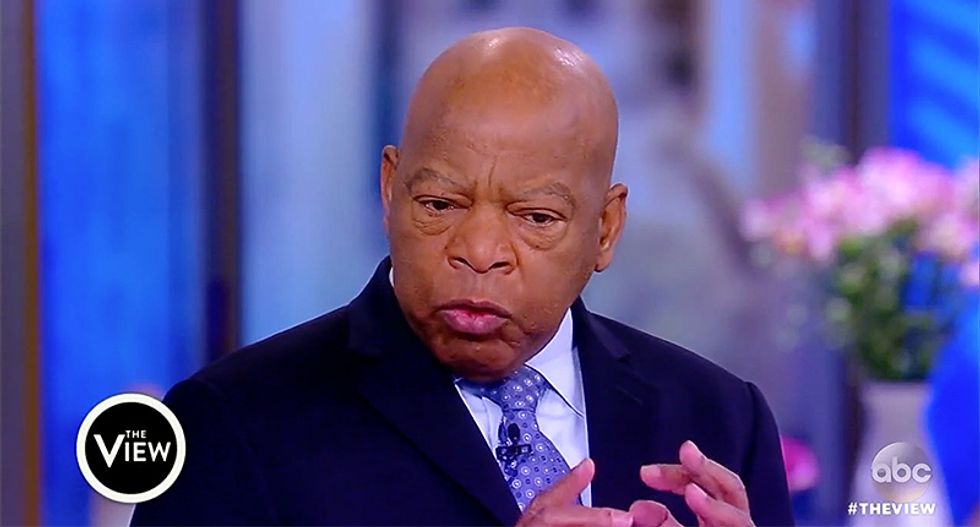 As a teen, Rep. John Lewis (D-GA) decided to dedicate his life to fighting for equality and justice. He marched with Dr. Martin Luther King, Jr. and organized, but since the death of the civil rights leader, Lewis said the country hasn't been the same.

"When he spoke, he spoke to my heart. and to my soul. I love this man. He taught me how to stand up. To speak up and speak out and not to be afraid, and I felt that when he was assassinated that something died in America. And something died in all of us. And this country had not been on the right path since."

If King was still alive today, however, Lewis said that the world would be a different place.

Lewis also noted that he doesn't think Dr. King would have met with President Donald Trump if he was here today. However, he also doesn't believe that Trump would be president if King was alive during the 2016 elections.

"I met him when I was 18," Lewis said. "I first heard of him when I was 15, and meeting him working with him and getting to know him, I think he would have took the same position that I took."

"What happened [in Charlottesville] made me very sad. I cried," Lewis confessed. "I don't want to go back. I want to go forward. I want to continue to be part of an effort to make America one. Where we lay down the burden of race, the burden of hate and create one society, one people. We all live in the same house. The American house, the world house, and we must learn to live together as brothers and sisters, as Dr. King would put it, or we would perish as fools."

He noted that people can't allow themselves to be angry because Dr. King taught never to hate. "For hate is too heavy a burden to bare. Have the ability to forgive," he quoted.