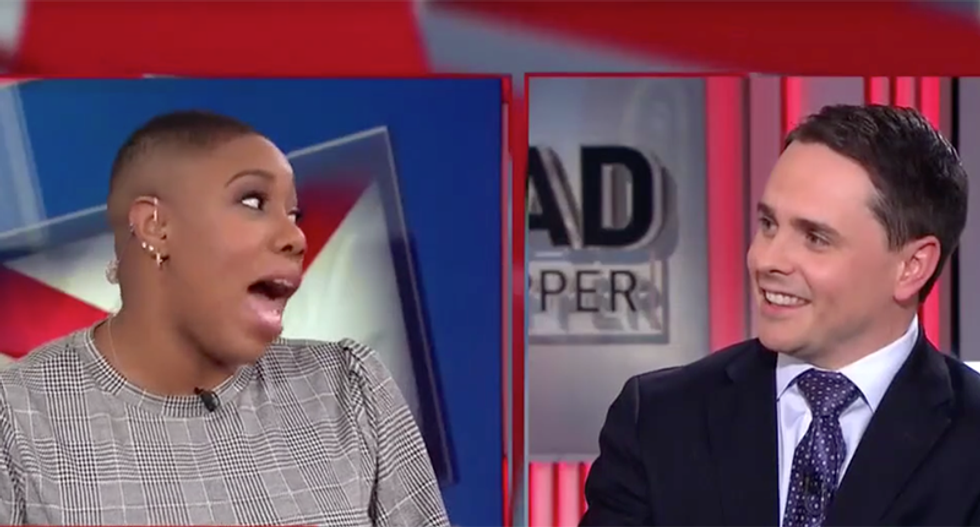 Republican Florida Gov. Rick Scott went to battle for his state when the White House announced that it was opening up offshore drilling to anyone and anywhere. The result was a swampy deal between Scott and Interior Secretary Ryan Zinke that exempted Florida from being required to sully their precious oceans and beaches.

Each state, other than Florida is being forced to open their waters up to off-shore drilling despite their reliance on safe and beautiful beaches that generate tourism dollars.

Rep. Mark Sanford (R-SC) is furious that Florida got a deal but his state's tourism might take a hit because people don't want to swim in polluted waters. But one Republican strategist doesn't think there's anything wrong with the deal. The Daily Beast's Jackie Kucinich noted former Gov. Chris Christie is also an ally of President Donald Trump's administration, but he didn't get a meeting with Zinke.

Host Jake Tapper and Kucinich wondered if it was because Scott is running for the U.S. Senate and the White House wanted to give him a "win" to run his campaign on.

"Don't hate the player, hate the game," said Josh Holmes. "Zinke came down and they made a deal and now Florida isn't on the list."

Tapper wondered if they made a deal or an agreement, because Scott doesn't seem to have given anything in exchange for the decision.

"This is a president who was talking about windmills earlier, he has a special hate in his heart for windmills," Kucinich said. "Because he protested windmills going off the coast of his golf corse in Scotland. So this is the first time this president has been involved in blocking -- because Mar-a-Lago is in Florida."

Commentator Symone Sanders noted that the corruption is strong when it comes to this so-called "deal."

"I don't think this is that type of situation," Sanders said. "It would be different if the Trump administration had this broad sweeping policy and swayed by something that Gov. Scott said and now they're changing their policy. No, they're giving Gov. Scott one thing because they want him to run for Senate. Like, come on. This isn't 'hatin' the player, hatin' the game.' This is the game not being fair. The game is rigged. The system rigged."

Tapper agreed that the "deal" was "a little swampy."

"It is Florida," Kucinich joked.

"Well, sure, but also there is a history of this, too. Republicans have dealt with trying to open offshore drilling for as long as I've been active in politics. And every single proposal we ever put together in Congress has always exempted Florida. And part of the reason for that is it really is a toxic issue in Florida," Holmes said, making an unfortunate pun. "There are split differences in South Carolina. There are differences in Georgia. There really aren't in Florida."

Scott has a long history of flipping back and forth on the issue of off-shore drilling.