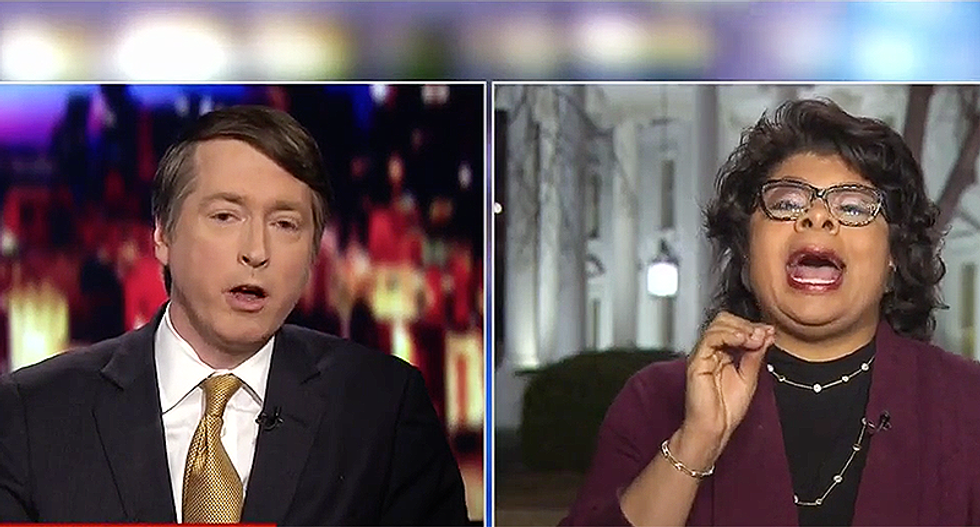 A CNN panel went completely off the rails when conservatives Rich Lowry of the "National Review" and Paris Dennard seemingly began to make up facts while reporters read verified statistics.

The fight began after President Donald Trump was quoted saying that he didn't want people coming from "sh*thole countries" like Haiti and African nations.

White House corespondent April Ryan of Urban Radio read data about immigrants from African countries and the extensive education that many of those immigrants have when they come to the United States.

"Black immigrants are one of the most educated immigrant groups," Ryan read from the data. "They have more college education and higher rates of degree attainment than any other immigrant group in the United States of America. This is fact. So, the problem is, a lot of times we get into these discussions and start talking 'what I feel, what I feel.' People need to deal with fact before they go out there."

She went on to say that the president sets the tone and is the "moral leader" and that it is unfortunate that he would go this route.

"Unfortunately, we have people on the panel speaking ill-informed about things, about a group he seems not to understand. There are a large portion of people who hail from descendants from these countries," she continued. "I'm five generations removed from the last known slave in my family. You know, African-Americans or Africans enslaved in America helped build a portion of this country. It's a slap in the face. That's why you are hearing from the head of the black caucus, Elijah Cummings. Mia Love from Haiti. This is a very, very serious statement from the president of the United States of America."

Lowry tried to claim that it's "very hard for them to succeed in a 21st century economy." Ryan asked for facts or information that backed up that statement but Lowry couldn't provide any, instead he said he would "email it" to Ryan.

Lowry began talking about Mexico, but Ryan broke in to say that her statistics were in reference to Trump's comments that specifically cited African countries and Haiti.

"I need you to back up your statements with facts, not what you feel," Ryan said.

Dennard then broke in and said that the only reason Trump mentioned Norway was that the prime minister was in his office yesterday. That comment caused the panel to devolve into absolute chaos.