CNN’s Chris Cuomo rips Trump’s ‘sorry not sorry’ speech: ‘He did some clapping for himself’ 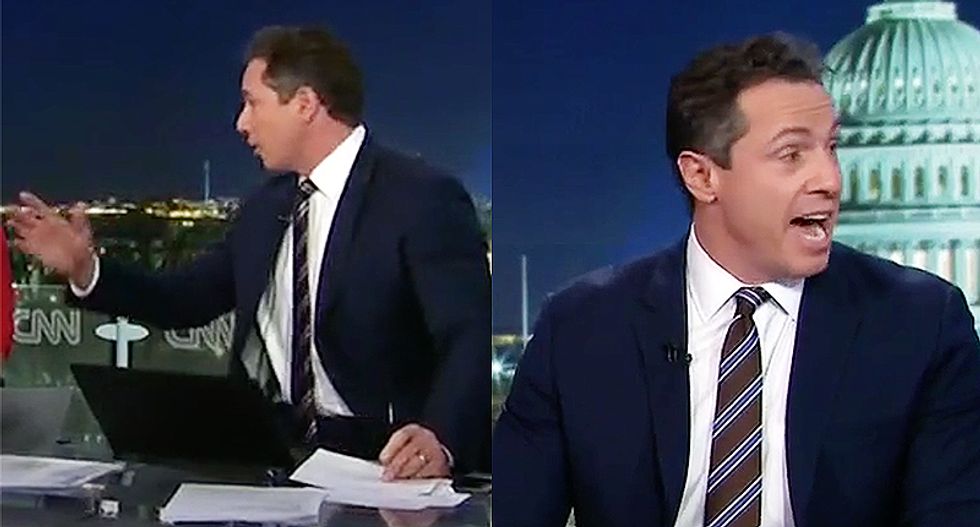 CNN's Chris Cuomo broke out lyrics to Demi Lovato's "Sorry, Not Sorry" to sum up President Donald Trump's State of the Union address.

During a political discussion about the partisanship of the message, Cuomo noted Trump seemed to turn to the Democrats and say "I'm sorry" before turning to the GOP and saying "I'm not sorry."

"He went on a little bit of a revenge tour, painting dark pictures of American reality and what he's going to do about it," Cuomo continued.

"It is based in fear. It is dark... It is an 'Only I can protect you from these things,'" Cillizza said about Trump's fearful rhetoric becoming normalized. "Some of that language in there: 'These people will come into your country and they can murder your kids, just like those people.'"

Being so bad got me feelin' so good

Showing you up like I knew that I would

"So this is who the guy is," Cillizza said. "He knows that it works. It is -- fear is one of the most powerful motivating factors in politics. I think a lot of opeople voted out of fear in 2016. They believed he and he alone was the guy who could fix it. That speech -- most speeches are 50 percent victory lap, 50 percent 'here's what I'm going to do.' That speech was 80 percent, literally by time, over an hour of 'I did this and then I did this.' He wanted to hear clapping for him -- did some clapping for himself. But it doesn't change anything."

In the second part of "New Day," Cuomo flat out sang the song.