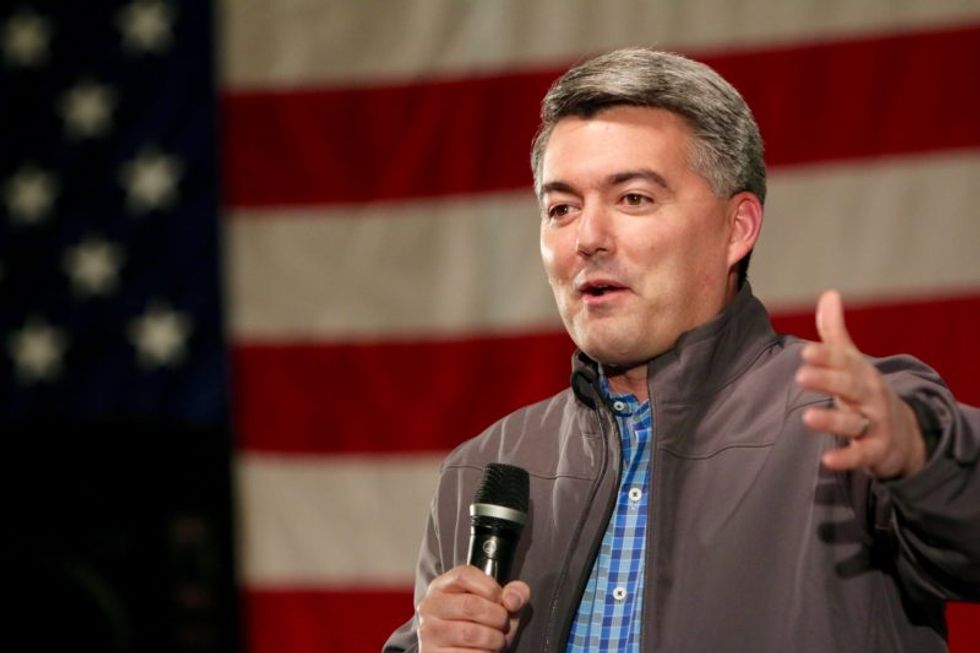 Sen. Cory Gardner (R-CO) on Thursday hammered Attorney General Jeff Sessions after reports emerged that the Department of Justice would rescind an Obama-era rule that made it easier for individual states to legalize marijuana.

Gardner, whose home state voted to legalize pot in 2012, also suggested that Sessions had lied to him when he assured him before his confirmation hearing that he would not take any such actions.

"This reported action directly contradicts what Attorney General Sessions told me prior to his confirmation," the Colorado Republican wrote on Twitter. "With no prior notice to Congress, the Justice Department has trampled on the will of the voters in CO and other states."

Gardner then threatened to gum up the works for DOJ nominees unless Sessions agrees to reverse his decision.

"I am prepared to take all steps necessary, including holding DOJ nominees, until the Attorney General lives up to the commitment he made to me prior to his confirmation," he wrote.

I am prepared to take all steps necessary, including holding DOJ nominees, until the Attorney General lives up to t… https://t.co/n7rwypyIHD
— Cory Gardner (@Cory Gardner) 1515078626.0

The DOJ is reportedly rescinding a rule that eased the enforcement of federal laws against buying, selling and possessing marijuana. The rule was passed as many states, including Colorado, moved to legalize pot during Obama's presidency.