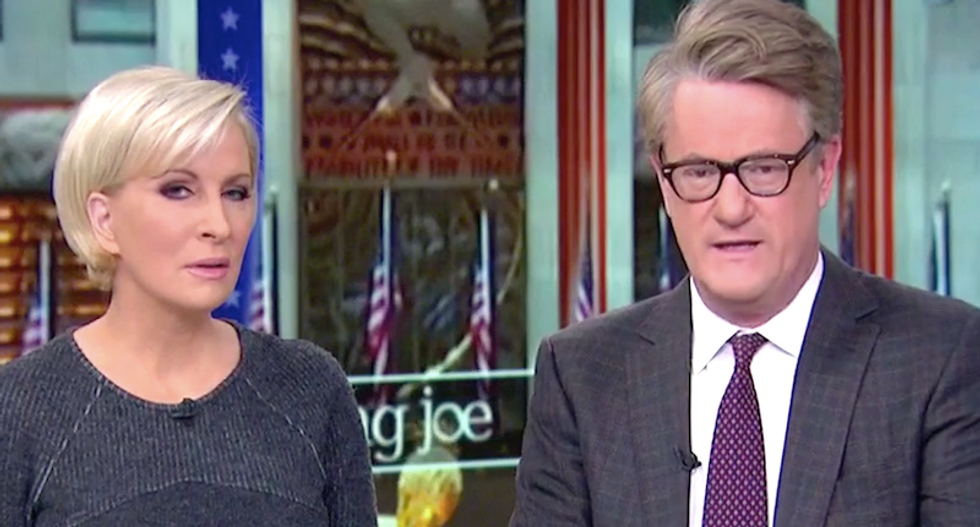 Republican lawmakers are hyping a memo they say shows evidence of a conspiracy to take down the president, and the "Morning Joe" host said both on air and on Twitter that Sen. Ron Johnson (R-WI) should face serious consequences for floating flimsy claims about a "secret society" within the FBI.

Does Wisconsin have recall petitions for US Senators who falsely claim a secret society exists within the FBI that… https://t.co/h2pCOVcQLa
— Joe Scarborough (@Joe Scarborough) 1516875963.0

The claim appears to be based on a single text that seems to be a joke between two FBI agents, and Scarborough blamed the House speaker for the actions of Republican lawmakers attempting to discredit the Russia probe.

Co-host Mika Brzezinski blasted Nunes and other Republicans for promoting the conspiracy theory without even bothering to check the evidence.

"Nunes has resisted sharing the memo even with the Senate Intelligence Committee chairman, Richard Burr, and last night, on MSNBC's 'All In,' ranking Democrat (Rep.) Adam Schiff described how the letter revealed how little the House intelligence members care what is actually in the document," Brzezinski said.

MSNBC analyst Sam Stein accused Fox News of building an alternate reality for pro-Trump viewers, and he urged viewers to watch the network's evening programming to understand why the wild conspiracy theories had taken root.

"If you watch Fox News in the evening having entirely different conversations relatively devoid of any logical underpinning, it's in that ether that we have things, like, a secret society, that gets credence," Stein said. "Every night there are new questions about the veracity of the Robert Mueller investigation, which is ramping up and up."

Scarborough said the political environment had turned topsy-turvy one year into the Trump administration.

"Everything is upside-down now," he said. "You have evangelical leaders basically saying, 'We don't care what the president does,' the same ones that were skewering Bill Clinton are now perfectly fine with everything that Donald Trump does. And now you have Republicans, conservatives supposedly, people who claim to be conservatives, constantly attacking our intel agencies. This is what we used to attack liberals for."