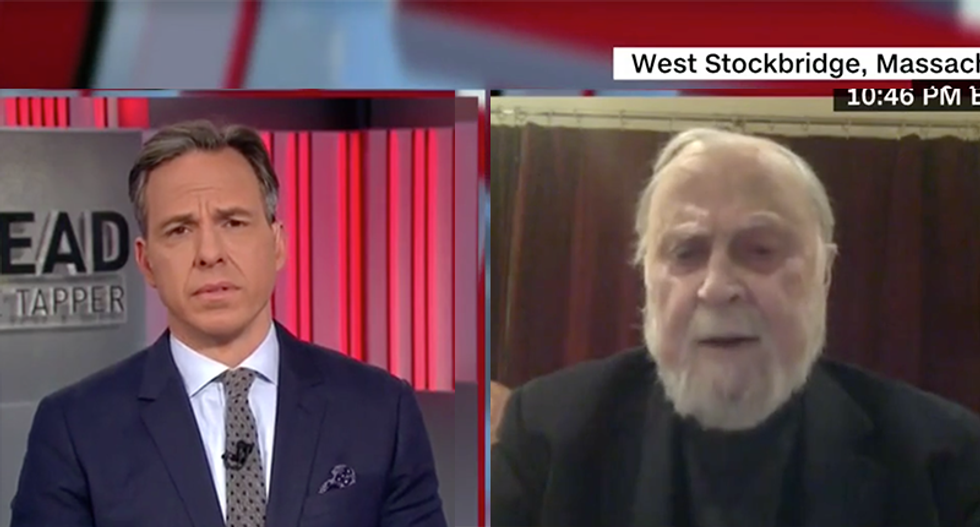 A group of psychiatrists and mental health professionals have cautioned that something isn't quite right with President Donald Trump. However, one doctor who briefed Congress went a step further, calling the leader "dangerous."

In an interview with a special edition of "The Lead with Jake Tapper," Dr. James Gilligan explained that no psychiatrists can make a medical diagnosis without examining a patient.

he went on to say that having a mentally ill president isn't the issue and is irrelevant.

"The question is not whether he's mentally ill, it's whether he is dangerous and we have abundant evidence of his extreme and unprecedented dangerousness," Gilligan continued.

The White House attacked anyone accusing Trump of having a mental illness. From the White House press briefing room Sarah Huckabee Sanders said that such an allegation was outright "disgraceful."

Gilligan explained he wasn't saying saying that Trump was mentally ill or not mentally ill.

"I'm saying he is dangerous. for example, he has incited his followers to commit assault and battery to anti-Trump protesters in political rallies this they have done, some of them have been tried for assault and battery," Gilligan continued. "Then his only complaint was they weren't violent enough. So, by the time of Charlottesville, one of them committed murder. That's how Trump incites his followers followers.

Gilligan also commented that Trump's "Access Hollywood" brag about what he can do to women as a celebrity is another indicator of someone who is dangerous.

"He's boasted about his own sexual assaults against women which he indicated he has committed repeatedly, habitually without any sense of guilt or remorse instead of feeling guilty about it, he's proud of it and bragged about it," Gilligan said. "I could go -- there is a list as long as my arm of evidence of dangerousness."