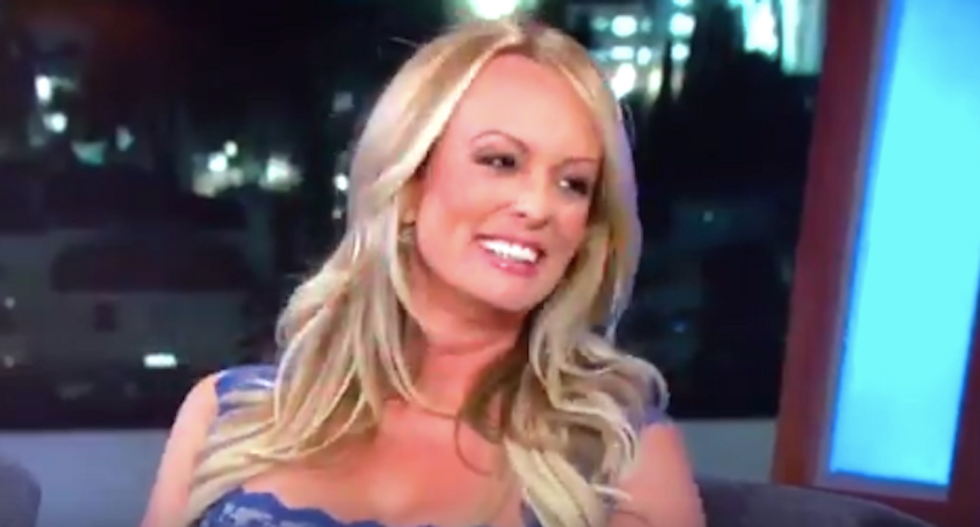 Adult film actress Stormy Daniels allegedly denied having a sexual relationship with President Donald Trump more than a decade ago -- but she suggested to talk show host Jimmy Kimmel that she didn't write that statement.

Kimmel said the statement of denial had scuttled his planned questions, but Daniels implied she had nothing to do with it.

"That's not the craziest thing I've read about myself on the internet today," Daniels said.

Kimmel showed her original statement, and the actress agreed the signatures didn't seem to match that or autographed head shots -- but Daniels played coy when he asked if she'd signed the denial.

"I don't know, did I?" Daniels said. "That doesn’t look like my signature."

She wouldn't say whether the statement was issued without her approval, and Daniels declined to say who might have issued the denial.

However, her attorney Keith Davidson sent an email to a Guardian reporter insisting Daniels had signed off on the denial.