Ex-federal prosecutor: Shutdown gridlock is thanks to a president who is ‘out to lunch all the time’ 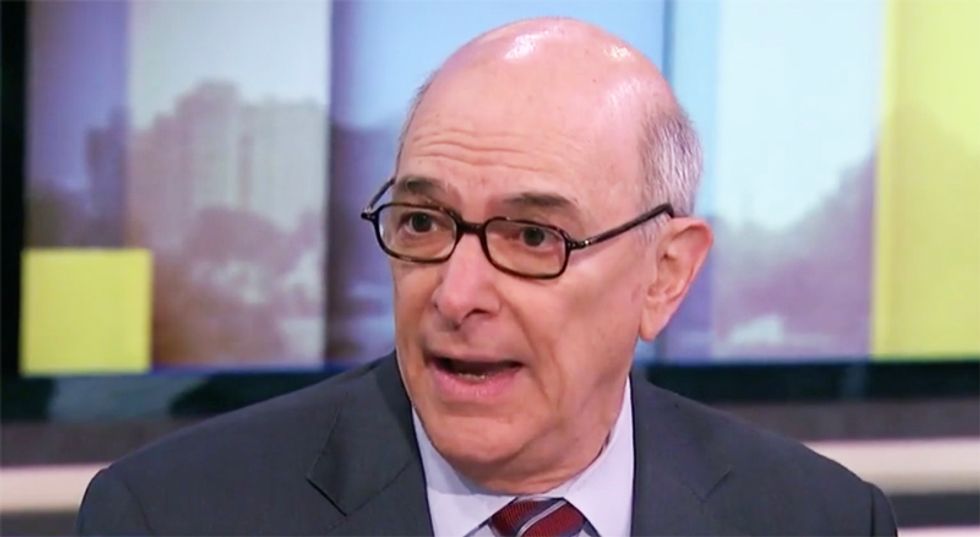 Following an impromptu press conference held by Sen. Lindsey Graham (R-SC), saying Congressional leaders are trying to cobble out some type of compromise that will get the government funded again, a former federal prosecutor said the problem is President Donald Trump is sitting on his hands and doing nothing.

Speaking with MSNBC's David Gura, former Watergate prosecutor Nick Akerman was gobsmacked by the glaring absence of the president in getting a deal done that would satisfy whatever it is he is looking for.

"I mean, this is a first in American history," the exasperated ex-prosecutor exclaimed. "I can't think of any other circumstance in our republic where we've had a president who's basically taken a back seat and is out to lunch all the time. You can't trust him one day to the next as to what he's for, what he's against."

"He started this whole problem by basically eliminating the DACA that President Obama put in place," Akerman stated. "Yeah, he's the one that started this. He could have had this whole problem solved months ago; we never had to get to this spot. It's only because we have an incompetent in the White House, a lack of leadership from the White House. I don't care who the staff people are, you can blame all the staff people you want.  But as Harry Truman said, 'the buck stops' with the president."