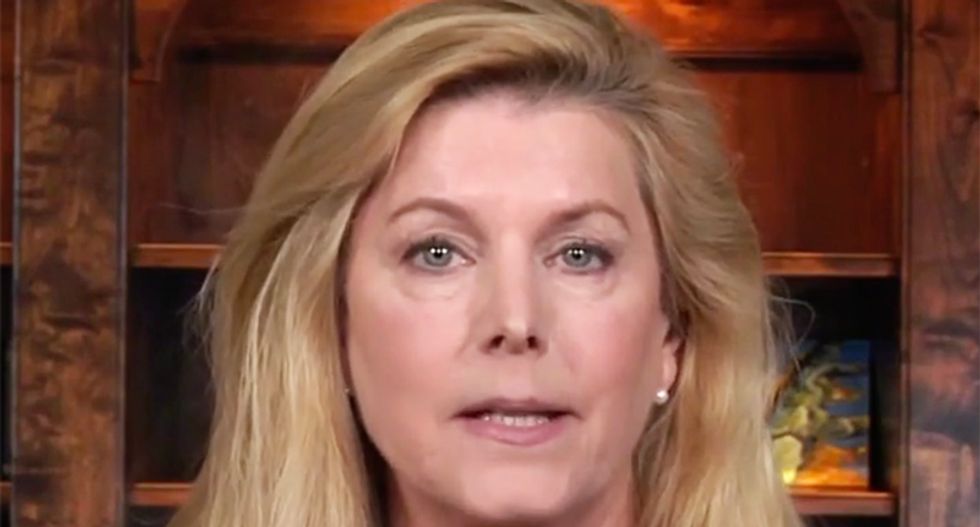 Appearing on MSNBC on Saturday morning, a former federal prosecutor was sanguine about reports that President Donald Trump may yet fire special counsel Robert Mueller, saying that -- instead of having a chilling effect on the investigation -- the president will be handing the replacement counsel a gift of obstruction  charges.

Speaking with MSNBC host Alex Witt, former prosecutor Cynthia Alksne said Mueller is so deep into an obstruction case against Trump that firing the special counsel would make the case a mortal lock.

"Last night on 'The 11th hour with Brian Williams,' you said 'we all should keep our eye on the ball,'" Witt recalled. "What did you mean when you talked about these latest developments about Mueller What did you mean by that?"

"Well, I think there are two things at play here that we should stay focused on," Alksne began. "First, there is an obstruction case. But let's remember why there is an obstruction case. That's what is important to remember. Why is he willing to go to these lengths to protect himself from the FBI and Mueller to keep them from finding out about Russian money and Russian influence on the election?"

"The second thing is, in all the hysteria of 'oh, no, Mueller is going to be fired,' we're so far into this, your viewers should know, it doesn't matter," she explained. "If he fires him, it adds to the obstruction case and all the evidence being collected is still collected. It's not like he sits in a little room with a green eye-shade. It's not as if, if he's fired, all the evidence leaves with him in a briefcase. This is all recorded information -- the FBI agents take notes, they file them, the grand jury hears testimony, the documents are collected, and somebody else will step into his shoes."

"So there's no reason to be in a panic that if Mueller is fired -- I mean, there's Constitutional issue. But from a legal point of view in terms of worry about if the investigation will crumble, it will not if Mueller is fired," she assured the host. "It's going to be all right. We're still going to go forward. Whatever they've found out, we're going to find out, and then everybody can make a determination about what happened."

"Well, hat's backed up by Senator Warner (D-VA), quoting what he said, 'these are not the actions of an individual that has nothing to hide,'" host Witt added.