Ex-Justice Dept official: 'If he was Gov. Donald Trump, we’d be waiting for FBI agents to show up with handcuffs' 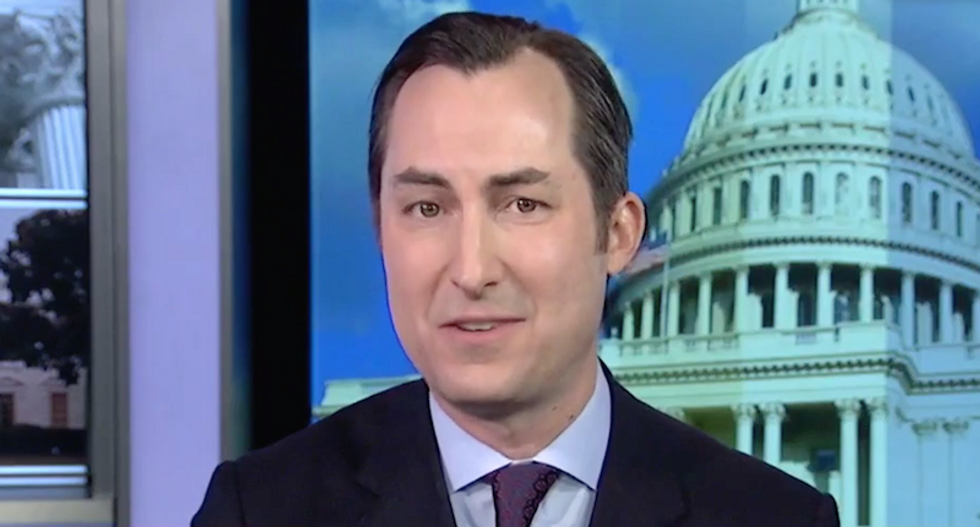 President Donald Trump finds himself in serious legal jeopardy over his order to fire special counsel Robert Mueller, said a former Justice Department spokesman -- but there may be even more damning evidence against him.

The president ordered White House counsel Don McGahn to fire the special counsel less than a month after he was appointed to lead the Russia probe, which MSNBC contributor and former Justice Department official Matthew Miller said was incredibly damaging.

"I think last night was a reminder that there are probably a number of pieces of evidence that Robert Mueller has that we haven't seen this are damming to the president," Miller told "Morning Joe." "This event took place seven months ago, the White House has lied about it, said the president never considered firing Robert Mueller. We know that wasn't the case."

He said the president was only protected from criminal action at this point by the power of his office.

"When you add this up with the litany of other obstruction-of-justice-related events, I think if we are talking about a Gov. Donald Trump and not a President Donald Trump we'd be waiting for FBI agents to show up at the governor's mansion with handcuffs," Miller said. "This is damming. What he has going for him is that the Justice Department has concluded -- most legal scholars, but not all, agree -- presidents can't be indicted, so it's left to impeachment, and now about to whether Bob Mueller should do an interview."