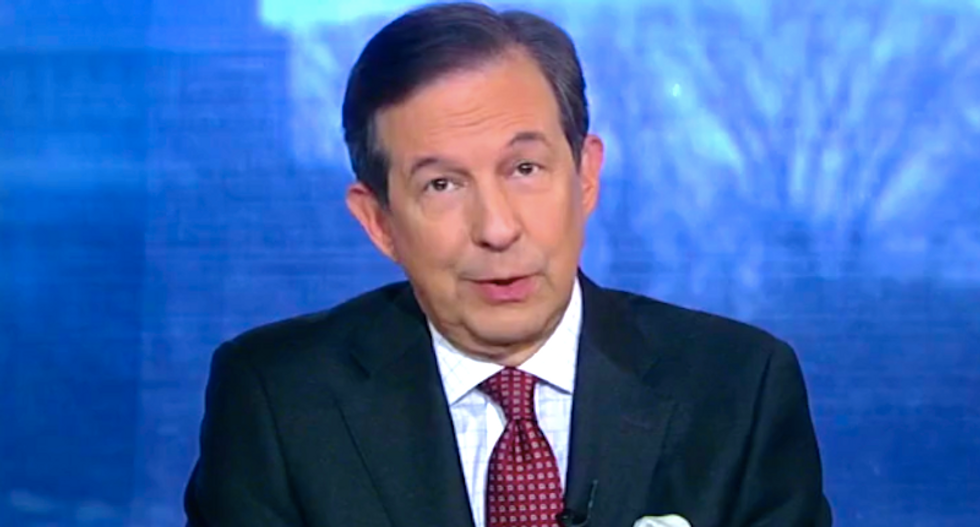 Wolff's book reveals the chaotic inner workings of the Trump White House, where he spent hours at a time talking to staffers and watching the daily drama unfold in the West Wing -- and the president insists he never approved the reporter's visits.

Wolff claims he spoke to the president while reporting on the book, and Wallace said the journalist was set up to work in the White House by Trump's communications office.

"I talked to a former top senior White House official who said the word came down from the communications office early in the administration to play ball with Michael Wolff," Wallace said. "They knew there would be a bunch of books about the first year of the Trump White House, and they figured most of them would be critical and they thought that -- there is a question why they thought this -- they would get a fair shake from Michael Wolff."

Staffers were required by White House communications staff to participate in the book, Wallace said.

"So the word came down to participate," Wallace said. "People said, 'Why did they talk to him on the record?' They were told to. So the fact that he is there was a tremendous miscalculation on the part of the White House in the first place."

He said the president made another mind-boggling miscalculation by attempting to block the book's publication, which resulted in its release five days early, and threatening to sue the author.

"I've been around this ting time, and this isn't the first tell-all book that came out on an administration," Wallace said. "Damage Control 101 -- the president and all of his top staff ignore the book, they don't say a word about it and don't give it any extra oxygen. They certainly don't have their lawyer threaten to sue ahead of time to stop publication. The publisher, the author and Steve Bannon, which all it does is add attention to it and make it an instant best seller."

The Fox News host offers some unsolicited advice to the president, and urged him to use the power of his office to change the subject.

"Michael Wolff will be on a publicity tour this week and talking more and more about the book and the various allegations in it, and the test for the White House and for the people around him is to change the conversation," Wallace said. "Look, he is the president -- he can do that. He needs to focus not on the book, but on his job and doing things for the American people. If they were to come out with an ambitious set of plans, agenda out of Camp David this weekend, that would be a good thing to change the subject. That's what they need to do in the bottom line, change the subject."