GOP Senate candidate flips out over 'women's rights': 'I want to come home to a cooked dinner every night' 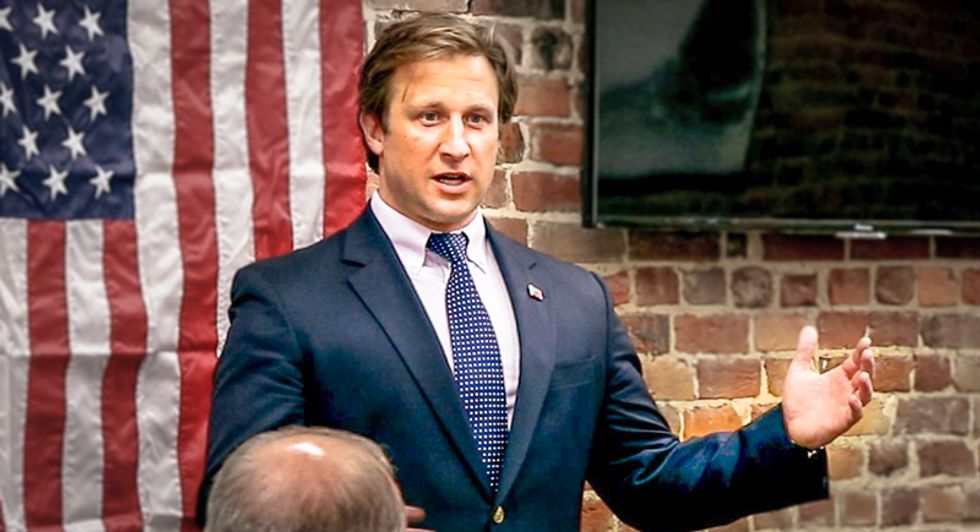 In a statement posted to Facebook on Tuesday, Sykes said that he had been asked if he "supports women's rights."

"I want to come home to a home cooked dinner every night at six," Sykes said, referring to demands he makes of his girlfriend. "One that she fixes and one that I expect one day to have daughters learn to fix after they become traditional homemakers and family wives."

According to Sykes, feminists push an agenda that they "made up to suit their own nasty snake-filled heads."

The candidate said that he hoped his daughters do not grow up to be "career obsessed banshees who forgo home life and children and the happiness of family to become nail-biting manophobic hell-bent feminist she devils who shriek from the top of a thousand tall buildings they are [SIC] think they could have leaped in a single bound -- had men not been 'suppressing them.' It's just nuts."

Sykes ended his rant by insisting that he supports women's rights "but not the kind that has suppressed natural womanhood for five long decades."

"But good news," he concluded. "They're finished. Ask Hillary."