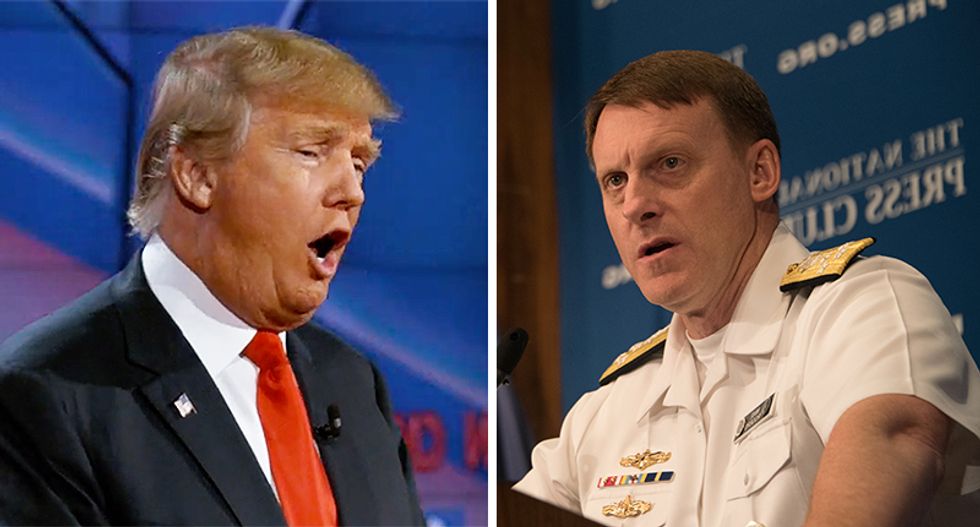 A Wednesday Washington Post report revealed that the National Security Agency is hemorrhaging staff at an alarming rate. Some of these "highly skilled" staffers have become "disillusioned" with intelligence but the leadership and a reorganization effort under the new administration has sent many to update their resumes.

The work these experts do included monitoring a broad array of subjects including the Islamic State, Russian and North Korean hackers, and analyzing the intentions of foreign governments, and they were responsible for protecting the classified networks that carry such sensitive information. Yet, these staffers saying that they want a higher-paying job in the private sector or more flexible hours.

Since 2015, hundreds of hackers, engineers and data scientists have bailed on the NSA, former officials said. Now it's reaching a level that national security can be impacted. Of the 17 spy agencies, the NSA is the largest and they're responsible for collecting the information that goes into the presidential daily briefing that Trump doesn't understand. Over the first year in office, aides have even been forced to tailor the briefing so it doesn't include anything about Russian interference in the election so as to not anger Trump.

“Some synonym of the word ‘epidemic’ is the best way to describe it,” said former NSA senior researcher Ellison Anne Williams. She left her job at the NSA in 2016 to start her own data-security firm and took 10 NSA staff with her. “The agency is losing an amazing amount of its strongest technical talent, and to lose your best and brightest staff is a huge hit.”

The agency won't disclose the number of vacancies over the last year, but it said there is 5.6 percent decrease in staff who specialize in science, technology and math. The NSA isn't the only place the Trump administration has implemented the right-wing war on science. In Scott Pruitt's Environmental Protection Agency, scientists became the enemy. Even Facebook founder Mark Zuckerberg was told never to say the words "climate change." Losing the experts means new staff are filling the positions without the experience central to the NSA's mission collecting huge swaths of data and analyzing it.

Former staff have complained that they felt their mission was marginalized by a restructuring of the agency. Others allege the reorganization was "an enormous distraction." Some even call the pay structure and promotion program part of the problem. According to former staff, it prioritizes seniority over experience or expertise.

Another former employee alleged that the problems began with former contractor Edward Snowden and the arrest of former contractor Harold T. Martin III in 2016. Accessing data and information became more difficult for those trying to do their jobs. The witch hunt searching for leakers made things worse. An environment with collaboration has turned toward suspicion, a former staffer said.

“It comes down to death by a thousand cuts,” said a former employee, adding that people “tend to quit in packs. One person hits their breaking point, and once they leave, the dominoes start falling.”

“If the price of security becomes that we drive away the very men and women that generate value in the first place, we now have a self-induced mission kill,” National Security Agency Director Administrator Michael Rogers said in a conference speech.

Trump's attacks on the 17 intelligence agencies that confirmed the Russian interference couldn't have made morale any better. After meeting Russian President Vladimir Putin, Trump swore that Russia didn't do it.

Trump has also waged a war with the FBI, calling it "tainted" and alleging it is part of the "deep state" shadow government.

"It is also a possible obstruction of justice, witness intimidation, and it's obstructing justice by saying to agents, 'you better not dig too deep, you better not find anything because I will attack you,'" former Watergate prosecutor Jill Wine-Banks said to MSNBC.

The only way to maintain staff is to tape into the sense of duty "for God and country," said former threat operations center chief Daniel Ennis. He thinks the agency will recover, because it always has.