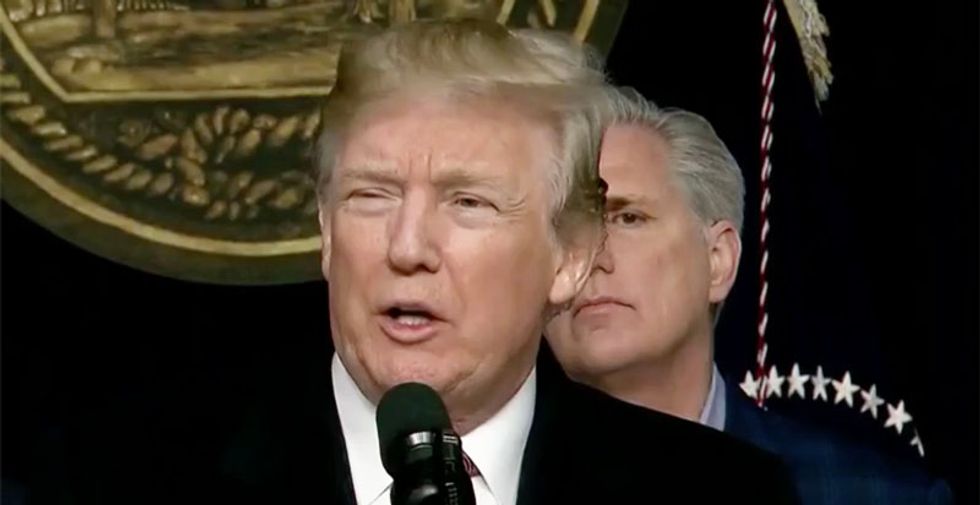 Speaking to the press at Camp David, President Donald Trump defended his early morning tweet claiming he is "really, really smart," and a "very stable genius," by pointing out he went "the best colleges."

Speaking with GOP Congressional leaders standing behind him, the president was asked about the tweets, and ticked off his resume before attacking author Micheal Wolff -- whose book lists off Trump aides calling the president an "Idiot" among other epithets -- and once again attacking the "fake news media."

"I went to the best colleges, or college," he began. "I went to -- I had a situation where I was a very excellent student, came out and made billions and billions of dollars, became one of the top business people. Went to television and for ten years was a tremendous success, as you probably have heard. Ran for president one time and won."

You can watch the clip below: