Illinois Dem shreds 'explicitly racist' Trump address: 'Whoever translated it from Russian did a good job' 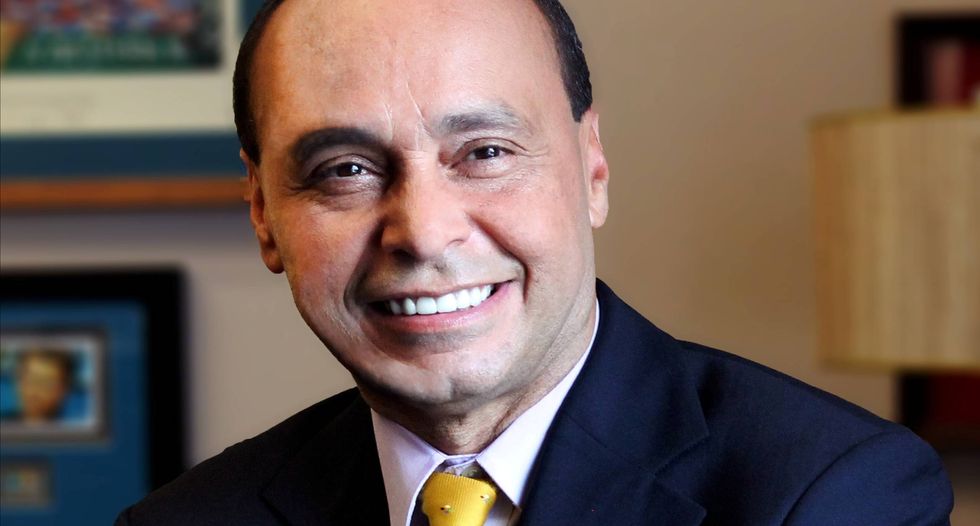 Rep. Luis Gutierrez (D-IL) issued a statement shortly after the speech ended, saying he was dismayed at the president's words and deeds after one year in office.

"I was born in 1953 in the U.S. when separate but equal was the law of the land," Gutierrez said. "I am proud of the progress the United States has made as a nation on issues of race, gender, sexual orientation, disabilities, and many other areas where we have advanced. I was hoping to get through my life without having to witness an outwardly, explicitly racist American President, but my luck ran out."

The Illinois Democrat heard no evidence that Trump would compromise on immigration legislation.

"The White House agenda is to gut legal immigration in exchange for allowing some of the Dreamers to live here," Gutierrez said. "For those of us who support legal immigration, and that’s most Democrats and many Republicans, it won’t fly. And the Dreamers themselves have said they do not want legal status if it comes at the expense of others who will suffer more as part of the bargain. The speech did nothing to bring the pro- and anti-immigrant sides closer together."

Gutierrez offered a bit of faint praise to Trump's speech, before twisting the knife.

"Even though I disagreed with almost everything he said, for Trump, the speech was clear and well-delivered," he said. "Whoever translated it for him from Russian did a good job."