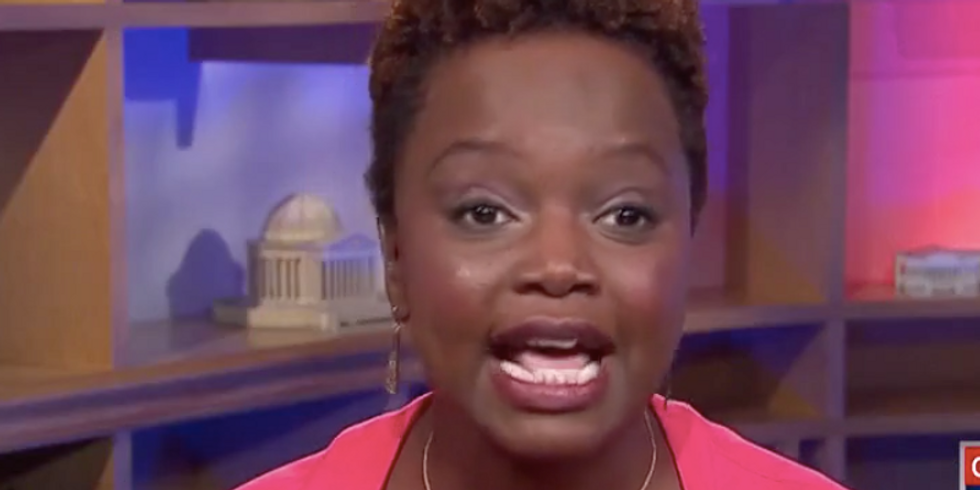 Pundit Karine Jean-Pierre acted like she couldn't believe her ears on Saturday when Washington Times writer Jen Kerns said that for the Democratic Party to hew to the cause of the Dreamers is "identity politics" and that it will cost them independent voters in the 2018 midterm elections.

"It just sounds so crazy," said Jean-Pierre. "That makes no sense at all. How is it that Democrats are responsible for this? The Republicans own everything in Washington. This is a basic civics lesson."

"It just doesn't make any sense," she continued, then Kerns tried to interrupt.

"Wait, no, let me finish," Jean-Pierre said. "You just went off on this 'What you thought Democrats would need to be worried about, let me finish, here."

She pointed out that if Republicans cared about the kids whose healthcare they're threatening, they could have voted on it "months ago," but instead they've chosen to "take those 9 million CHIP kids hostage."