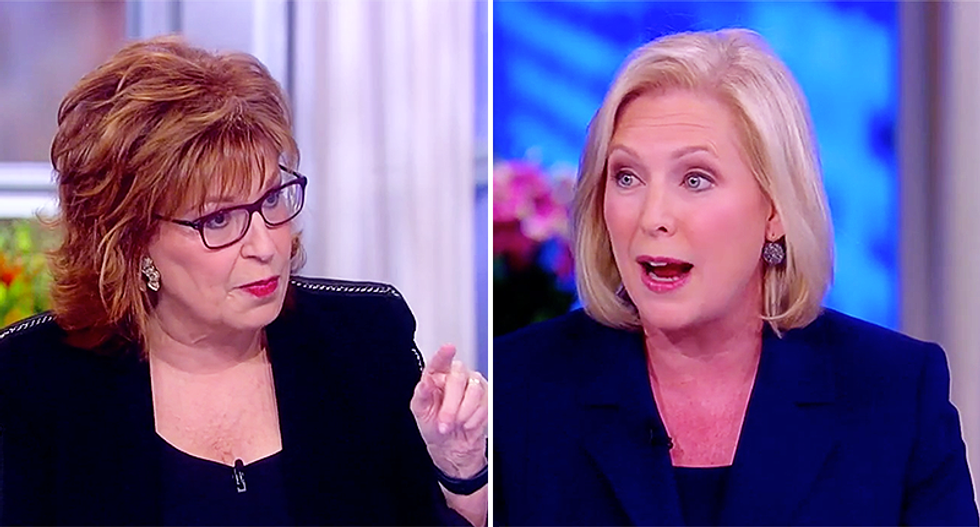 "I've got a little bit of a bone to pick with you," Behar began. "I know that you led the charge to get Al Franken to resign from the Senate. I just thought that was unfair, to make him the example when the president of the United States -- so many allegations of harassment against him and I don't see him going anywhere."

Gillibrand said that it shouldn't be a political issue and that Franken "is entitled to a hearing" and if he wanted he could have had one. The problem, however, is that Gillibrand led the campaign to resign -- not to have a hearing on Franken. The initial response from his office was to cooperate with hearings about the incident.

"When you listen to some of these Republican pundits talk about it, it's like 'Well, uh, it's just an allegation,'" Behar continued. "I believe one was even Jerry Falwell Jr., who was saying, 'It's an allegation. He says he didn't do it, so he's forgiven,' and Al Franken admitted it and got booted out."

Gillibrand cited the "over a dozen" allegations against Trump and maintained he should be held accountable.

"I have not heard that from any Republicans," she said. "He should be held accountable and because he's unwilling to resign Congress should be doing hearings. Where are the hearings on all of these allegations of sex assault and sexual harassment?"

While Gillibrand said that Franken could have had his hearing -- she said that he's not entitled to her silence.