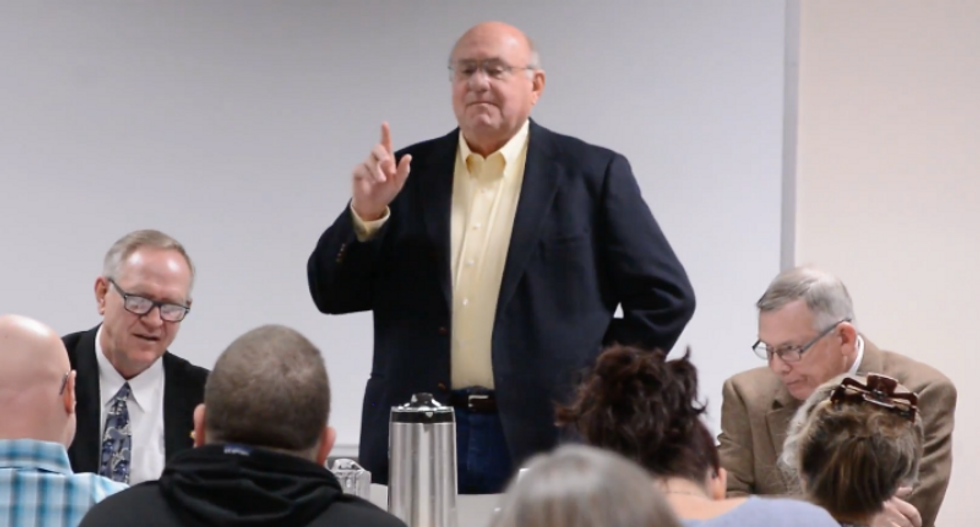 A Kansas state Republican lawmaker resurrected a Jim Crow myth that African Americans are genetically predisposed to handle marijuana more poorly than other races during a speech over the weekend.

As the Garden City Telegram reported, State Rep. Steve Alford (R) told an all-white crowd that marijuana was criminalized during the prohibition era in the 1930's primarily because of black marijuana use when asked a question by a member of the local Democratic party about potential economic boons from cannabis legalization.

"What you really need to do is go back in the ’30s, when they outlawed all types of drugs in Kansas (and) across the United States," Alford said. "What was the reason why they did that? One of the reasons why, I hate to say it, was that the African Americans, they were basically users and they basically responded the worst off to those drugs just because of their character makeup, their genetics and that."

As the Telegram noted in their report, Alford's comments referenced a belief promoted by marijuana prohibitionist Harry Anslinger, the founding commissioner of the Federal Bureau of Narcotics.

"Under Anslinger’s leadership, the FBN came to be considered responsible for the Marijuana Tax Act of 1937," the report noted, "regulating cannabis and further taxing it to the ultimate detriment of the hemp industry that was booming at the time."

"Reefer makes darkies think they’re as good as white men," Anslinger said once when explaining why marijuana supposedly caused crime and violence. The commissioner also fought for the prohibition of cannabis due to "its effect on the degenerate races," the Telegram noted.

Watch Rep. Alford's comments below, via the Garden City Telegram.